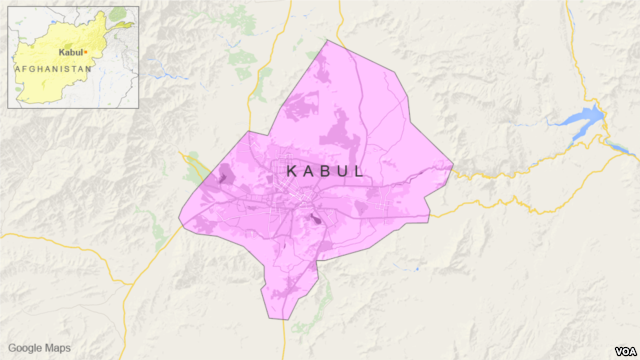 WASHINGTON – Mohammad Daoud Sultanzoy is the mayor of Kabul, Afghanistan’s sprawling capital city. And while the Taliban have kept him in office, he has a word of caution for the militant group.

Sultanzoy said in a Monday interview with VOA’s Afghanistan Service: “If the Taliban don’t pay heed to people’s aspirations, they, too, will be seen” as one of the groups that promoted religious, ethnic and regional interests. “And their reputation will be damaged.”

A prominent politician with no ties to the Taliban, Sultanzoy was among a handful of senior officials who were allowed to keep their jobs after Taliban took charge in Kabul on August 15, capping their swift takeover of the country. Most other leaders quit or fled the country.

Sultanzoy said the Taliban had called him the day after entering the capital, a city of nearly 5 million residents, and asked him to continue to do his job.

“So I went to work,” he said. “Until I’m told otherwise, I’ll continue to work. This is my country. I don’t work for any individual or group. I serve my city’s residents. I’m from Kabul, and I’ll live in Kabul.”

A commercial pilot by training, Sultanzoy served as a member of the Afghan parliament from 2005 to 2010 and unsuccessfully ran for president in 2014. Ashraf Ghani, the winner of the 2014 election, later appointed Sultanzoy as a top adviser before putting him in charge of the capital city in March 2020.

Like many other erstwhile Ghani allies, Sultanzoy criticized the former president for fleeing the country without informing members of his own government.

In an August 18 video message from the United Arab Emirates, where he is now living, Ghani defended his decision, saying he was “forced to leave” Afghanistan to avoid bloodshed.

As much of the world fixates on the evacuation of thousands of Americans and Afghans from Kabul, and as Afghanistan still lacks a new national government, city officials have continued to provide basic services, Sultanzoy said.

“Just today and yesterday, we started removing (street and sidewalk) barriers,” he said. “Once security is restored, all these barriers should be removed.”

There are problems, however. Taking advantage of the security vacuum, some city residents have recently started building illegal housing at night, Sultanzoy said.

While the Taliban have yet to form a new government, they’ve started hiring new police officers to replace the thousands that quit their jobs after the militants captured the city, he said. And Mujahid said the former head of Kabul’s traffic police force has been reappointed to his post.

« How Much Will Afghanistan Change Central Asia’s Relations With Russia, China, And The United States?
Afghan Women Report Some Harassment as Taliban Promise Security »