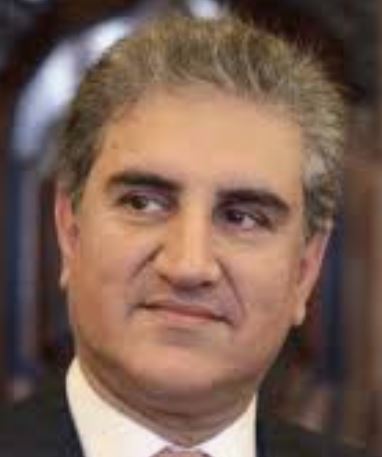 Pakistan’s foreign minister has pushed the international community to urgently provide funding and humanitarian assistance to Afghanistan, which is teetering on the brink of “economic collapse,” as envoys from the United States, Russia, and China met in Islamabad.

“Nobody wishes to see a relapse into civil war, no one wants an economic collapse that will spur instability; everyone wants terrorist elements operating inside Afghanistan to be tackled effectively and we all want to prevent a new refugee crisis,” Foreign Minister Shah Mahmood Qureshi said in opening remarks at the meeting in the Pakistani capital on November 11.

The Pakistani, American, Russian, and Chinese diplomats were also expected to meet with interim Foreign Minister Amir Khan Muttaqi, who is heading a 20-member Taliban delegation to Islamabad.

Humanitarian agencies and human rights groups are increasingly raising the alarm that Afghanistan is slipping into a dire humanitarian crisis following the Taliban takeover of the country in mid-August.

The Afghan economy has ground to a near halt due to a disruption of aid and restrictions on the banking system put in place by the international community, which has not recognized the Taliban regime over human rights issues and a lack of inclusivity in its cabinet.

In a joint statement issued by Pakistan’s Foreign Ministry after the “troika plus” talks, the participants expressed “grave concern at the potential for an economic collapse and significantly worsening humanitarian crisis and a new refugee wave.”

They called for an “inclusive and representative [government] that respects the rights of all Afghans and provides for the equal rights of women and girls to participate in all aspects of Afghan society.”

Regarding Afghanistan’s serious liquidity challenges, the four countries are “committed to continue focusing on measures to ease access to legitimate banking services.”

Meanwhile, the Taliban should “ensure unhindered humanitarian access…for the delivery of humanitarian assistance in Afghanistan to respond to the developing crisis.”

Islamabad has called on the United States and other governments to allow development assistance to flow into Afghanistan to prevent an economic collapse.

It has also called for billions of dollars of assets that Afghanistan’s central bank holds overseas to be unfrozen.

It is “imperative for the international community to buttress provision of humanitarian assistance on an urgent basis,” Qureshi said.

Resuming the flow of funding “will dovetail into our efforts to regenerate economic activities and move the Afghan economy toward stability and sustainability,” he added.

The November 11 meeting is the latest in a series of diplomatic gatherings in the region.

India held a regional security conference on November 10 that called for cooperation to ensure Afghanistan does not again become a safe haven for global terrorism.

It also called for an open and inclusive government in Kabul that would represent all sections of society to achieve reconciliation.

The meeting was attended by representatives from Russia, Iran, and the five Central Asian republics — Kazakhstan, Kyrgyzstan, Tajikistan, Turkmenistan, and Uzbekistan.

With reporting by Reuters and AFP