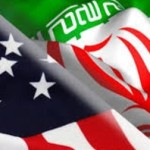 1TV: Iran-trained militias could become a threat to Afghanistan, Mahmoud Saikal, Afghanistan’s former ambassador to the United Nations, said on Thursday.  He said that US-Iran tensions could delay the Afghan peace process. According to Saikal, it was Taliban violence that dragged US to Afghanistan. “Therefore, it is important that instead of using Taliban as a tool, there should be an agreement among the three countries on ending Taliban violence in Afghanistan.” Click here to read more (external link).