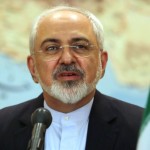 Iran says it is hosting talks between an Afghan delegation and senior Taliban representatives.

The talks on July 7 come as the militant group continues to push through northern areas of the war-torn country amid the withdrawal of U.S. troops.

Opening the talks in Tehran, Iranian Foreign Minister Mohammad Javad Zarif welcomed the departure of U.S. troops from its eastern neighbor but warned: “Today, the people and political leaders of Afghanistan must make difficult decisions for the future of their country.”

He also said that negotiations and a commitment to a political solution are the best choices for Afghan leaders and politicians, adding that Tehran is ready to assist.

The Taliban delegation is led by Sher Mohammad Abbas Stanekzai, a member of its Doha political office, and is visiting Tehran at the formal invitation of Iran to discuss bilateral issues, Taliban spokesman Mohammad Naeem Wardak told the Afghan Islamic Press (AIP).

The Taliban delegation will also meet with some Afghan personalities in Iran and exchange views on the current situation and resolving problems through negotiations, AIP reported.

Earlier this year, Zarif warned against a political vacuum in Afghanistan that the Taliban could try to fill.

Based on reporting by IRNA and AFP