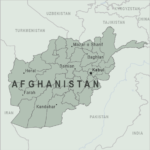 The American Prospect: Violence has definitely decreased, but has not disappeared. At least in two mountainous districts, Andarab and Khost wa Fereng, anti-Taliban militias primarily consisting of former army soldiers are still active, biding their time and hoping to increase pressure on the Taliban once the winter snows melt away. It is still not fully known exactly how many Afghans have joined the so-called National Resistance Front (NRF) led by Ahmad Massoud, son of famous Mujahideen commander Ahmad Shah Massoud, to combat the Taliban. Other crucial figures appear to be former warlords and military officials tied to the fallen government. Click here to read more (external link).