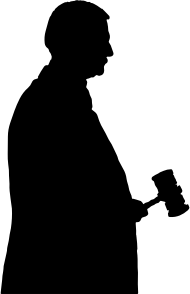 Hundreds of former Afghan government judges from 34 provinces who had been removed and replaced by the Taliban have filed suit to regain their jobs.

In a March 20 news conference, the former judges demanded that the Taliban government return them to their positions and provide them with six months of salary.

The judges claimed that some 2,000 former magistrates were involved in the suit against the government.

Arafat Ghavam, one of the dismissed judges, told Radio Azadi that if no decisions are made about their fate within a month, they will have to leave the country.

“We have set a time for them to review our demands for a month, because if our demands are not met, most judges will have to leave the country and become immigrants,” he said.

“Should this happen, it will not be a good result for the governing system, for the nation, or for the people.”

In response to previous judicial protests, Taliban spokesman Zabihullah Mujahid told Radio Azadi that some judges had been dismissed for their alleged involvement in injustices and corruption in the previous pro-Western government.

Taliban government officials did not respond to Radio Azadi requests for comment on the latest protest and lawsuit.

Many of the former judges had sentenced Taliban and Islamic State extremist members, kidnappers, drug traffickers, and other criminals to prison over the past two decades.

One of the former judges who asked not to be identified told the German news agency dpa that the Taliban had conditionally allowed them to hold the news conference but that they were not allowed to complain directly about the Taliban.