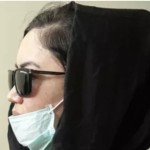 But her regular small talk with the woman who sells bolani — for the equivalent of $0.15 apiece — quickly shifted to a more serious topic: whether the Taliban will recapture Bamiyan.

“It’s on everybody’s mind here that the Taliban might take Bamiyan and kill our people, like it did before,” Alemzada, a 37-year-old office worker, told RFE/RL.

Memories there are raw of Taliban rule two decades ago, when its gunmen executed hundreds of ethnic Hazara men shortly after capturing the remote, highland region of central Afghanistan.

Hazara Shi’ite Muslims — who are considered infidels by the hard-line Sunni Taliban — make up a majority in Bamiyan and its eponymous capital.

During its rule in the late-1990s and early 2000s, the Taliban infamously blew up Bamiyan’s 6th-century Buddha statues, carved into sandstone cliffs in the heart of city, which the Taliban regarded as idolatrous.

“People remember how the Taliban killed the Hazara in Yakawlang and other places, and destroyed everything,” Alemzada said.

Her reference is to the Taliban’s roundup and execution of some 170 Hazara men, along with aid workers and a UN employee, after the group retook the town of Yakawlang in January 2001.

Hundreds of Hazara men and boys were also executed by the Taliban in the northern Afghan city of Mazar-i-Sharif in 1998, when its militants went door-to-door searching for Hazara to kill.

As the Taliban offensive gathers momentum and international forces withdraw from Afghanistan, the Hazara fear that history might tragically repeat itself if the group returns to power.

Fled To Mountains By Foot

Hundreds of panicked Bamiyan residents abruptly fled the city on July 13, when Bamiyan’s Kahmard and Saighan districts fell briefly to the Taliban.

“People, young and old, left their homes in a hurry toward the nearby Koh-i-Baba mountains, by foot in the night,” said an official from the Bamiyan regional government. “My own family was among them.”

There is no shelter, food, or medicine in the mountains, where the temperatures drop very low during the night.

“But people didn’t have anywhere else to go,” he said.

The official, who spoke on condition of anonymity as he wasn’t authorized to speak to media, told RFE/RL that “about 10 children have died in the mountains because of cold” and “several people, especially the elderly, got very ill.”

Most of them returned to Bamiyan after Afghan security forces recaptured the two districts on July 16.

Since that brief eruption of chaos and fear, life appears on the surface to have mostly returned to normal in the city of about 100,000 residents.

“But underneath it all, everything has changed,” said 19-year-old Najila Sakhizada, a member of the Afghan national women’s cycling team from Bamiyan.

“I used to go to training in the morning before school, and again in the late afternoon,” Sakhizada told RFE/RL. “Now, I’m too afraid to go out. I’ve stopped everything and am staying home.”

Multiple officials and other residents of Bamiyan estimated to RFE/RL that as many as one in 10 of the city’s residents have left Bamiyan since the Taliban began rapidly gaining ground once the international pullout began on May 1.

“A handful of people who have money, passports, and visas went abroad,” said a Bamiyan resident who gave only a first name, Safiullah. “Others went toward Kabul and other provinces.”

When the militants captured Kahmard and Saighan, the group’s leaders sought to reassure locals that “the Taliban won’t bother people,” Safiullah said.

He added: “A Taliban chief gathered people and told them that ‘We’ve no problem with you; our problem is with the government. You shouldn’t fear us. You can go on with your daily lives as usual.'”

The Taliban “didn’t commit any atrocities during those four days,” Safiullah said, but the Hazara are distrustful of them “because of the memories of the past.”

Alemzada, too, is skeptical of the Taliban’s promises despite statements by the group’s leaders that they won’t target ethnic minorities.

“I don’t believe the Taliban’s stance toward the Hazara has changed,” Alemzada said. “They haven’t stopped targeting the Hazara all these years.”

Hundreds of Hazara have been killed in Kabul in recent years in bomb attacks targeting their community’s mosques, schools, and neighborhoods. Most of the killings were claimed by the Islamic State (IS) militant group.

At least 80 people were killed and more than 230 wounded in a single suicide bombing that targeted a Hazara rally in Kabul’s Demazang Square in July 2016.

In a more recent attack, on May 8, nearly 90 people — most of them students — were killed in three powerful explosions outside the Syed-al-Shahada girls school in a predominantly Hazara neighborhood of Kabul.

Far from the violence in Kabul and other provinces, Bamiyan has been described as one of the safest provinces in the conflict-ridden country since the widely unrecognized Taliban regime was toppled by U.S.-led forces in 2001.

With its ancient archeological sites like the Gholghola, which was leveled and its inhabitants massacred by Genghis Khan’s army, and the Red City with its picturesque Band-e-Amir park and six deep lakes, Bamiyan became an international tourist attraction.

The city also hosts Afghan skiing competitions every winter, and marathons and cycling races are a common sight in the spring and summer months.

But it’s also one of the poorest regions in Afghanistan.

Millions of dollars in foreign aid and investment have been spent over the past two decades in an effort to develop infrastructure among Afghanistan’s provinces.

But many Bamiyan residents believe their region has largely been left out of the biggest projects.

In rural Bamiyan, many households rely on the meager income they get from growing potatoes and wheat or herding livestock.

“People are very poor in Bamiyan, even by Afghanistan standards,” Alemzada said.

“From that small income, many families save money to invest in their children’s education so they [can] have better opportunities in life. Now, we are afraid about our children’s future.”

With the Taliban still threatening Bamiyan, Alemzada said she is afraid as “a woman, as a Hazara,” and as the mother of a teenage girl “who dreams of becoming a prosecutor.”

“My daughter asks me what happens to her education and to her future if the Taliban comes back,” Alemzada said, “but I don’t have the answer.”