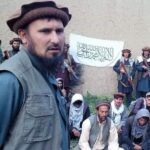 Tolo News: Attending in the graduation of 500 army force members in Herat province, Islamic Emirate Chief of Staff Qari Fasihuddin Fitrat said that Afghanistan has at least 80,000 army members who are currently settled in eight corps across the country. The chief of staff further said that the government will attempt to build an army of 150,000 members. “Everyone who is a volunteer will be recruited in the army and we will recruit professional people as well,” said Qari Fasihuddin Fitrat. Click here to read more (external link).

« Taliban Claims It Has Met With Resistance Leaders In Tehran
Tolo News in Dari – January 10, 2022 »