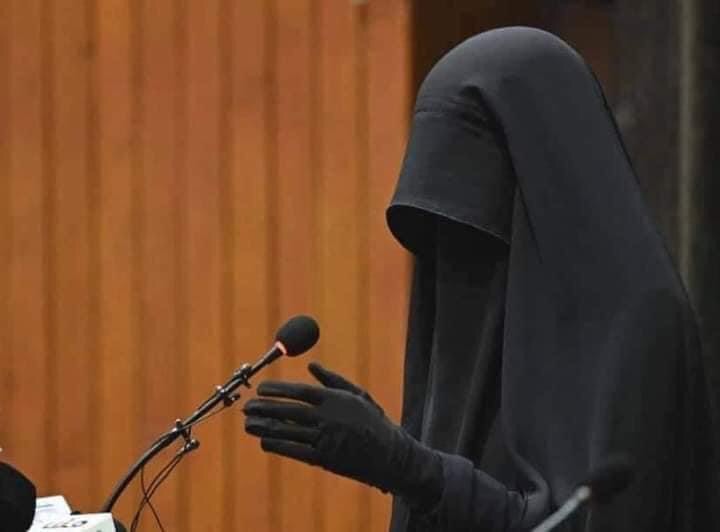 Foreign ministers from the Group of Seven (G7) have expressed their “strongest opposition” and “deplored” the Taliban-led government in Kabul’s recent decree telling women to wear the head-to-toe burqa in public and other “increasing restrictions,” saying the hard-line group in control of Afghanistan since August is “further isolating” itself internationally.

The ministers from the seven leading industrialized countries called on the Taliban “to urgently take steps to lift restrictions on women and girls, respect their human rights, and meet the expectations of Afghans and the world” with respect to their participation in public life and free speech.

Such freedoms, they said in a statement, are “crucial for long-term peace, stability and development of the country.”

“We condemn the imposition of increasingly restrictive measures that severely limit half the population’s ability to fully, equally and meaningfully participate in society, including the recent announcement on women’s appearance in public along with new punishments for family members to enforce compliance with these restrictions,” the G7 statement said.

No country has recognized the Taliban-led government.

At least four countries — China, Pakistan, Russia, and Turkmenistan — have established formal diplomatic ties with Kabul under the Taliban.

A May 7 decree from officials of the Taliban-led government calls for women to only show their eyes and recommends that they wear the head-to-toe burqa. Head scarves are common for most Afghan women, but in urban areas such as Kabul, many do not cover their faces.

Failure to comply will result in a woman’s father or closest male relative being reprimanded, imprisoned, or fired from employment.

“We stand with the Afghan people in their demand for equal rights in line with the Taliban’s commitments to all Afghans and Afghanistan’s obligations under international law,” the G7 ministers said.

Two months ago, Taliban officials ordered that all secondary girls’ schools be closed just hours after reopening them for the first time since the Sunni fundamentalist militants swept to power last year as U.S.-led international troops withdrew and the UN-backed Afghan government dissolved.

Earlier on May 12, the European Union’s special envoy to Afghanistan, Tomas Niklasson, told the AFP news agency that a recent Taliban veto on girls’ schools “has put some doubts in our heads regarding how reliable their promises are, how reliable they may be as a partner.”

With reporting by AFP