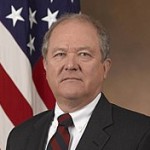 WASHINGTON – Any hope for a political settlement and peaceful end to two decades of war in Afghanistan remains under significant threat from rising violence, both at the hands of the Taliban and from multiple terrorist and extremist organizations, as well as from the Afghan government’s inability to sustain itself, according to a new U.S. watchdog report.

The assessment is part of the Special Inspector General for Afghanistan Reconstruction’s (SIGAR) 2021 High Risk List. It comes as the United States has ramped up pressure on the Afghan government to make a deal with the Taliban, and as the U.S. stares down a May 1 deadline to withdraw its remaining 2,500 troops from the country as part of its own deal with the Taliban.

But despite the increased diplomatic pressure and looming deadlines, the SIGAR report warns a lasting peace in Afghanistan may be no closer to reality now than it was years ago, saying the path forward “has never been more fraught with risk.”

“If the goal of our reconstruction effort was to build a strong, stable, self-reliant Afghan state that could protect our national security interests as well as Afghanistan’s, it is a mission yet to be accomplished and may turn out to be a bridge too far,” Special Inspector General John Sopko said Wednesday during the virtual rollout of the report.

“We’ve got a lot of questions we’ve got to answer and decisions to make in 52 days,” Sopko added, referring to the troop withdrawal deadline.

The overriding obstacle to a peaceful resolution in Afghanistan, according to the SIGAR report, remains the unabated violence. It notes that since signing the deal, the Taliban “have not significantly changed their tactics.”

“Each quarter since the agreement was signed (April–June, July–September and October–December 2020) has seen a higher average number of enemy-initiated attacks compared to the same quarters in 2019,” the report found.

The concern echoes warnings from U.S. and international counterterrorism officials that despite talking about peace and talking about cutting ties with terror groups like al-Qaida, the Taliban have shown few signs they are ready to make good on such commitments.

So, too, the report warns the threats from al-Qaida, Islamic State’s Afghan branch and other terror groups and even criminal networks have not lessened. Instead, SIGAR cautions the danger may increase if groups or factions currently following the Taliban’s lead decide to go rogue if they do not like how current diplomatic efforts are progressing.

Underlying all of this, according to Sopko, is the fact that the Afghan government still cannot sustain itself despite $143 billion in U.S. assistance to help rebuild the country and considerable aid from other donors.

“This has been a horrible waste of [U.S.] taxpayer money, in many regards,” Sopko said. “It may not be an overstatement that if foreign assistance is withdrawn and peace negotiations fail, Taliban forces could be at the gates of Kabul in short order.”

According to SIGAR data, 80% of the Afghan government’s $80 billion in public expenditures in 2018, the last year for which information is available, was covered by money from foreign donors.

The problems appear to be even more dire when it comes to the Afghan government’s security forces. The U.S. believes the government in Kabul is still years away from being able to oversee the $50 million payroll system that has been in development since 2016.

There are also reasons to believe that without sustained support, Afghan security forces will fall apart because of a lack of personnel.

Sopko said as recently as the first quarter of fiscal 2021, 40% of the Afghan military’s logistics, maintenance and training depended upon 18,000 contractors and trainers who supplement the almost 10,000 U.S. and NATO forces in the country.

Under the terms of the U.S. deal with the Taliban, those key personnel are required to either stop work or withdraw along with U.S. forces.

“The Afghan government relies heavily on these foreign contractors and trainers to function,” Sopko said.

“This may be more devastating to the effectiveness of the Afghan security forces than a withdrawal of our remaining troops,” he added, noting that “no Afghan airframe can be sustained as combat effective for more than a few months in the absence of contractor support.”