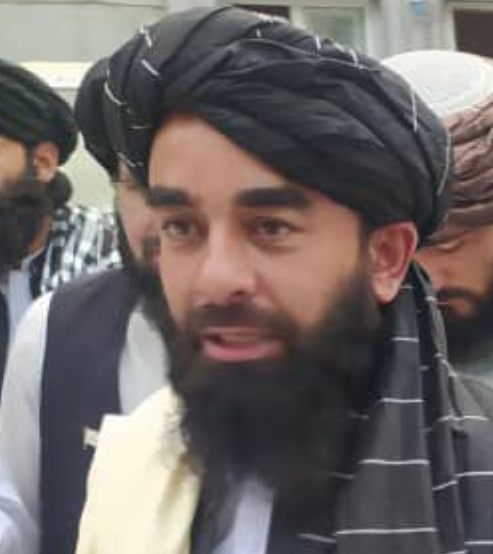 Prominent female news presenter Shabnam Dawran is one of Afghanistan’s most recognizable faces.

But after the Taliban’s takeover of the Afghan capital on August 15, she was promptly fired along with all her female colleagues.

A Taliban militant flanked by a white Taliban flag took her place in the Radio Television Afghanistan (RTA) studio in Kabul on August 17, tersely reading out statements by the militant group’s leadership.

“When the system changed, I wanted to go to work,” said Dawran, who worked for the state-run network, in an August 18 post on Facebook. “I didn’t lose my courage but unfortunately I was not allowed to [work].”

“My male employees managed to enter the office, but I was threatened and told that I couldn’t continue my work because the system had changed,” she added in the video. “If the world hears my voice, they should help us because our lives are in danger.”

Afghanistan’s thriving media scene had been hailed as one of the biggest achievements of the past 20 years, following the Taliban’s ban of independent media during its brutal former regime that was ousted in 2001.

Afghanistan now has an estimated 170 radio stations, more than 100 newspapers, and dozens of TV stations. Under the Taliban regime there was only state-owned radio, the Taliban’s Voice of Shari’a, which was dominated by calls to prayer and religious teachings.

But there are already ominous signs that the fundamentalist Islamist group is rolling back hard-fought gains in press freedom.

A female presenter did, however, interview a Taliban official live on Tolo TV, the country’s largest private TV station.

During the day, a Tolo TV female journalist also reported live from the streets of Kabul.

But it remains unclear if those were one-offs or a broader shift in the Taliban’s stance toward independent media and women working outside their homes — something that is generally prohibited by the militant group.

The Taliban has attempted to project a more moderate image since taking power in Kabul, pledging to uphold the free press and women’s rights — though within the framework of Islam.

Taliban spokesman Zabiullah Mujahid said on August 17 that the group would be “positively different” from their 1996-2001 rule, when its brutal regime gained notoriety for oppressing women, massacring ethnic and religious minorities, and banning music, television, and many sports.

In the Taliban’s first press conference since taking over the city, Mujahid said private media will “remain independent” but that journalists “should not work against national values.” He also said they were “committed to letting women work in accordance with the principles of Islam,” without offering specifics.

But there are major doubts that the Taliban will follow through with their rhetoric.

Outside Kabul, away from the world’s attention, the hard-line group has effectively stamped out the independent press.

The militant group has forcibly shut down dozens of local radio stations, newspapers, and broadcasters in cities and districts across the war-torn country.

Other media outlets have closed in fear of Taliban reprisals, with many of their journalists fleeing their homes or going underground. The Taliban has been blamed for killing dozens of reporters and media workers in recent years.

The few outlets allowed to operate have been forced to broadcast Taliban propaganda. They have been banned from airing music or women’s voices. News reports have been replaced by Taliban-approved bulletins, recitations from the Koran, and religious sermons.

The Taliban has, thus far, reimposed many of the repressive laws and retrograde policies that defined its extremist former rule.

When it controlled Afghanistan, the Taliban forced women to cover themselves from head to toe, banned them from working outside the home, severely limited girls’ education, and required women to be accompanied by a male relative if they left their homes.

Meanwhile, men were banned from trimming or shaving their beards and were also forced to pray five times a day.

The Taliban also imposed a strict interpretation of Shari’a law, which includes amputations of limbs and stonings for some crimes.

Residents that have been living in Taliban-dominated Afghanistan in recent weeks and months say many of these policies have returned.

That is despite repeated claims by the group that it has changed and that it would not bring back its notorious, restrictive strictures.