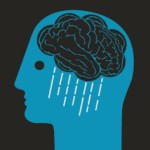 Life has become a nightmare of despair for 22-year-old Maryam Rezaei since the Taliban seized power in Afghanistan less than three months ago.

In early August, before the Taliban stormed into her neighborhood in the western city of Herat, Rezaei was among more than 10,000 women who were studying at Herat University.

She also earned money as a journalist at a local radio station.

But now, despite Taliban promises to let women receive an education, there is still no word about when she might be allowed to go back to her university studies.

Confined to her home under the Taliban’s strict rules for women, Rezaei has given up hope of ever working again.

She told RFE/RL’s Radio Azadi that she feels the onset of extreme depression and often thinks about committing suicide to escape her plight.

“It is really hard for me when I think about the fact that I have no freedom, no security, and no basic rights,” Rezaei says.

“I have lost everything that I have worked for and all of my goals,” she says. “It makes me lose my temper. I feel like an empty shell of a human being. I am in captivity and I am just waiting for my death.”

After toppling the internationally recognized government in Kabul, the Taliban promised to show more moderation than during its brutal rule from 1996 to 2001, when girls were barred from attending school and women were prevented from working outside their homes.

But Afghan women accuse the new, all-male Taliban-led government of breaking its promises. The militants have banned many girls from attending secondary school. The vast majority of women have been ordered not to return to work. And Afghan women protesting their plight have been attacked or detained by Taliban fighters.

Many Afghan women say the return of Taliban rule feels like being sentenced to a life in prison.

Shayestah, a former employee of an Afghan government agency in Kabul, says she is also suffering from extreme depression.

The Taliban’s repressive rules have left many Afghan women unemployed. For Shayestah, the loss of her job has wreaked havoc on her family’s income in the midst of a worsening economic crisis.

Most disheartening, Shayesteh explains, is the feeling that she has lost all of her dreams about the future along with the values that she cherished.

“Our outlook has been destroyed,” Shayesteh tells RFE/RL. “I have lost my job and I am worried about my future. My spirit is in a very bad way.”

“Most Afghan women have been fired and their duties are unknown at the moment,” she says. “Since our future remains unclear, it has negatively affected our thoughts and emotions.”

Rezaei says she now looks back at the years before the Taliban’s return to power as “the good old days.”

But studies on mental health issues in Afghanistan during the past two decades suggest such feelings are only relative to the current plight of Afghan women.

Researchers note that improvements in the freedoms, rights, and quality of life for Afghan women were painfully gradual under previous governments.

They conclude that although there were positive developments for women’s rights and empowerment, progress was often constrained by socio-cultural impediments and conservative Islamic views about the role of women in Afghan society.

A study published last June as part of a mental health initiative of the World Health Organization (WHO) revealed that nearly half of all Afghans suffer from psychological stress and are impaired by mental health problems.

It also found that PTSD risk was higher for Afghan women than men, and that Afghan women who suffer from PTSD are “nine times more at risk of suffering from depression.”

“Curiously, PTSD diagnosis was not familiar to psychiatrists in Afghanistan,” Kovess-Masfety said. “When we were conducting our validity studies on cases, the [Afghan] psychiatrists did not find any PTSD cases in their outpatient clientele, whether depressed, anxious, or cases with substance-use disorders.”

Kovess-Masfety concluded that trauma has been so common among Afghans for so long that having symptoms of PTSD “did not cause mental health consultation, whereas sadness, loss of pleasure, and the other depressive symptoms were considered as abnormal.”

Her survey found that only 12 percent of Afghans mentioned the “consequences of trauma events” to describe why they sought help for mental health problems.

That compared to 65 percent who have sought help in recent years because of “sadness” and 27 percent because of “anxiety.”

Now, since the Taliban’s return to power, Afghan psychiatrists say they are seeing an increase in the number of women who seek help for depression.

“Most of our patients lately are women — women’s rights activists, former government employees, journalists, and women who were actively employed under the previous Afghan government but have now lost their jobs,” says Wahid Nourzad, head of the mental health department at Herat District Hospital.

“These days, we really have many patients,” Nourzad told RFE/RL. “Some of them are suffering from poverty and unemployment. There also has been an increase in domestic violence against women and children.”

Kabul-based psychiatrist Walid Hussainkheil says he thinks the main causes of increased depression among Afghan women are poverty, unemployment, and isolation under the Taliban’s new rules.

“Their social connections are broken,” he explained. “They move away from social gatherings and they think of suicide, which is very dangerous.”

Even before the Taliban’s return to power, nearly 2 million Afghan women had been diagnosed with severe depression.

Studies based on the records of the previous government’s Health Ministry confirm that major depressive disorder (MDD) and domestic violence were the main causes of attempted suicide by Afghan women.

Ayesha Ahmad, an expert on global mental health at St. George’s University in London, notes that Afghanistan has long been the only place in the world where the suicide rate for women is higher than for men.

In a 2017 essay based on her research into a nationwide trend of Afghan women committing suicide by setting themselves on fire, Ahmad warned that 80 percent of the country’s estimated 3,000 suicides each year were women.

She noted that the rate of domestic violence against women and girls in Afghanistan was among the highest in the world.

“Eighty percent of marriages take place without the consent of the bride, who is often a child,” Ahmad said. “An estimated 10 percent of all marriages are a result of ‘baad’ practice,” an Afghan tribal custom where a girl or woman from a convicted criminal’s family is given as compensation to the victim’s relatives as a servant or a bride.

Ahmad found that Afghan women who attempted suicide and survived were often abandoned by their families because of the taboo that suicide carries.

She also found that “socio-cultural beliefs and taboos” have created a barrier that prevents many Afghan women from disclosing their mental health issues to medical professionals and seeking help.

“Afghan women would not be setting themselves alight unless the pain they have inside is more than the pain of flames,” Ahmad said. “The lack of space for a woman’s narrative, and limited modes of written and spoken expression, mean that a woman’s suffering or sadness is confined to her body and mind.”

“The flames are a symbol of the fire she is experiencing within herself and her home,” Ahmad concluded. “The vivid sacrifice of life through self-immolation is, ultimately, the only form of defense she holds. Her only agency is her decisions around her death.”

Psychiatrists say patients who suffer from extreme depression often respond positively to changes in their environment, recreation, and travel.

But those treatment options have vanished under the restrictions imposed on women by Afghanistan’s new Taliban-led government.

That has Afghan psychiatrists bracing for further increases in the number of women with depressive disorders — including those who attempt suicide.

Written and reported by Ron Synovitz with reporting by RFE/RL’s Radio Azadi.