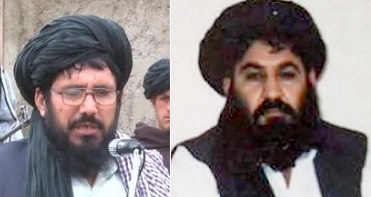 KABUL, May 17 (Xinhua) — Cracks further appeared within Taliban rank as infighting between supporters of Taliban leader Mullah Akhtar Mohammad Mansoor and his opponents headed by Mullah Mohammad Rasoul have killed 15 fighters from both sides in the western region of Afghanistan since Sunday, officials said Tuesday.

In the latest fighting between the two groups in Obe district of Herat province with Herat city as its capital 640 km west of national capital Kabul city, at least five militants have been killed on Tuesday, a local official confirmed.

All those killed in the fighting belonged to Akhtar Mansoor’s faction, the official added.

This is the second bloody fighting between the two rival factions in the western region over the past three days.

More than 200 fighters from both factions have been killed due to infighting in parts of Afghanistan over the past several months, some 100 of them only in Shindand district of Herat province over the past couple of months, according to local media reports.

Since confirmation of the death of Taliban former leader Mullah Mohammad Omar in August last year, Omar’s deputy Mullah Akhtar Mansoor succeeded him. However, his rival Mullah Mohammad Rasoul challanged Mansoor’s leadership over Taliban outfit and since then fighting occasionally erupts between the two groups in parts of the country.

Militants loyal to Mullah Rasoul, according to local officials and media reports, gathered in Jawand and Qadis districts of the western Badghis province couple of days ago and announced Jihad, or holy war against Mansoor’s supporters.