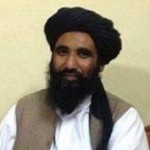 There are conflicting reports over the death of a senior Taliban commander Mullah Mansour Dadullah.

However, in a telephonic conversation with Khaama Press, the governor of Zabul province expressed unawareness over the incident.

Mohammad Anwar Ishaqzai said there are rumors about his death but trusted sources have not yet verified the news.

Since then, he and his men came under several attacks of Mullah Akhtar’s fighters.

The infighting intensified over the course of time and Mullah Dadullah received the assistance of Daesh to defeat Mullah Akhtar’s fighters.

In past few days, officials say over 100 fighters from both sides have been killed and several others wounded.