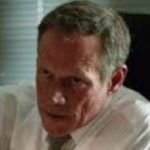 Asia Times: Nobody is talking after Michael D’Andrea, the CIA’s top Iran Mission Center chief, is allegedly killed in plane crash –  A USAF Bombardier E11A intelligence gathering jet was cruising over Afghanistan on a secret mission, transporting two crewmen and allegedly, a mysterious chain-smoking CIA operative, Michael D’Andrea — also known as Dark Prince and Ayatollah Mike — when something bad happened over a remote, mountainous region. Many who were following the story were inclined to believe the account circulated by Iran and other media outlets because the US has a horrible track record of lying about nearly everything… Click here to read more (external link).

« Is Afghan Intelligence Building a Regime of Terror With the CIA’s Help?
Afghan Suicide Attack Kills At Least 6 Police Officers in Helmand Province »