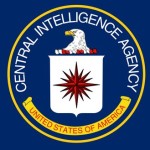 The head of U.S. Central Intelligence Agency met with the heads of Pakistan’s army and military intelligence in Islamabad for talks on the security situation in Afghanistan, where Pakistani intelligence has long backed the Taliban.

“It was reiterated that Pakistan remains committed to cooperate with its international partners for peace in the region and ensuring a stable and prosperous future for Afghan people,” Inter-Services Public Relations said in a statement on September 9.

Neither the CIA nor the U.S. Embassy in Islamabad had any immediate comment on the talks.

Pakistan has long been accused of supporting the Afghan Taliban, which Islamabad denies.

Hameed, the ISI chief, traveled to Kabul last weekend, ahead of the Taliban’s unveiling of its cabinet, a meeting that raised further questions about Pakistan’s role in Afghanistan.

A video posted on Twitter showed Hameed at a Kabul hotel being asked by a journalist what his best hope for Afghanistan was.

“Everything will be OK. Don’t worry about that,” he replied.

Protesters have taken to the streets across Afghanistan to protest against Taliban rule and for their rights be respected. Many of the protesters have also denounced Pakistan’s alleged involvement in the country.

On September 9, the Pakistani government said a Pakistani military aircraft carrying 10 tons of flour, 1.5 ton of ghee, and medicine landed at Kabul airport.

The press release included a photo showing Pakistan’s ambassador to Afghanistan standing with members of the Taliban administration in front of the open back of the C-130 aircraft.