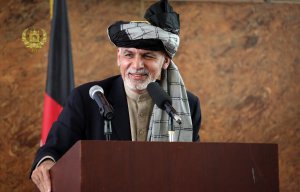 The National Interest: Kabul is a democracy in name only. Many non-Pashtuns see the political integration of the Taliban as an intra-Pashtun reconciliation process—not all-Afghan—that will deepen the Pashtunization of the power structure under Ghani, helping consolidate the ethnic group’s dominance. Under the national unity government agreement , Afghanistan was to have convened a loya jirga to formalize the power-sharing agreement and create the post of prime minister. Instead, Ghani has centralized power, sidelined Abdullah, targeted non-Pashtun strongmen, and surrounded himself with Pashtun advisors. Under Ghani’s tenure, political gatherings and funerals of Hazaras, Tajiks, and Uzbeks have been relentlessly targeted by suicide bombers purportedly linked to the so-called Islamic State, elements of which have been backed by Afghan intelligence. Click here to read more (external link).