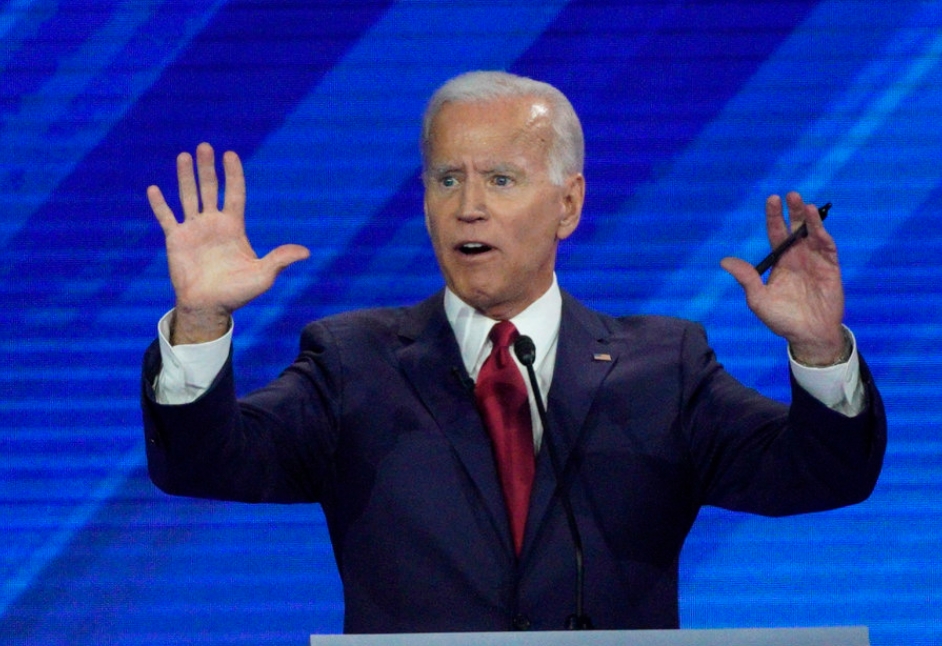 U.S. President Joe Biden said in a televised speech on August 31 summing up recent actions in Afghanistan that his choice was “leaving or escalating” that country and he takes “responsibility” for his decision.

The withdrawal, Biden said, is also “about ending an era of major military operations to remake other countries.”

“We no longer had a clear purpose in an open-ended mission in Afghanistan,” the U.S. president said a day after the withdrawal was announced as complete. “This is the right decision. A wise decision. And the best decision for America.”

The United States and its allies evacuated more than 123,000 foreigners and at-risk Afghans out of Kabul after August 14, the day before the Taliban seized Kabul two decades after being removed from power by the U.S.-led invasion in 2001.

The capture of Kabul by the militants followed four months of rapid victories that left the hard-line ultraconservative militant group in control of most of the country after the withdrawal of U.S.-led international troops officially began on May 1.

He said continued participation in Afghan conflict was not in the “vital national interest” of the United States.

“I simply do not believe that the safety and security of America is enhanced by continuing to deploy thousands of American troops and spending billions of dollars in Afghanistan,” he said.

Biden said his priority is to ensure that Afghanistan can never be used to launch another attack on the United States, a reference to the 9/11 attacks overseen by Al-Qaeda leader Osama bin Laden from Afghanistan two decades ago.

The last Air Force airlift took off from Kabul airport shortly before midnight on August 30, the eve of Biden’s self-imposed deadline for the U.S. troop pullout.

Just hours after the last U.S. military plane took off, reports of fighting emerged on August 31 from the one part of Afghanistan not under Taliban control: the Panjshir Province 100 kilometers northeast of the capital, long a pocket of resistance to the militants.

But Biden also signaled in the speech that “we are far from done.”

Speaking with reports of at least 100 more Americans still in Afghanistan despite the declaration that the U.S. withdrawal is complete, Biden said, “For those remaining Americans, there is no deadline. We remain committed to get them out if they want to come out.”

He said U.S. Secretary of State Antony Blinken was leading diplomatic efforts to guarantee safe passage for any U.S. or foreign national, or Afghan partner, who wanted to leave since the August 15 takeover by the Taliban.

“The Taliban has made public commitments, broadcast on television and radio across Afghanistan, on safe passage for anyone wanting to leave, including those who worked alongside Americans,” Biden said. “We don’t take them by their word alone, but by their actions, and we have leverage to make sure those commitments are met.”

Biden also had a message for the Islamic State-Khorasan (IS-K) militants who claimed responsibility for the suicide bombing that killed at least 180 people, including 13 U.S. soldiers, on August 26.

“We are not done with you,” Biden said.