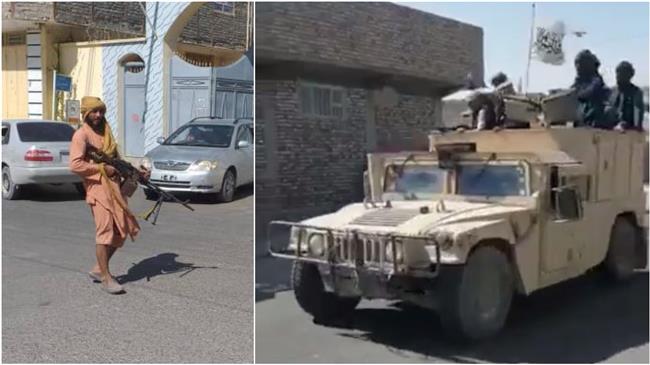 Taliban militants are seen after seizing Zaranj, the capital of Afghanistan’s Nimroz Province, on August 6, 2021. (Photo via RT)

Fox News: The Biden administration is reportedly considering launching airstrikes against American-made aircraft and other large equipment provided to the Afghan army that has now been seized by the Taliban following their capture of the country.  The military option – which has not yet been ruled out – comes amid concerns that the aircraft, vehicles and weaponry could be used to kill Afghan civilians or fall into the hands of militant groups and U.S. adversaries such as the Islamic State, Russia and China, current and former U.S. officials told Reuters. Click here to read more (external link).