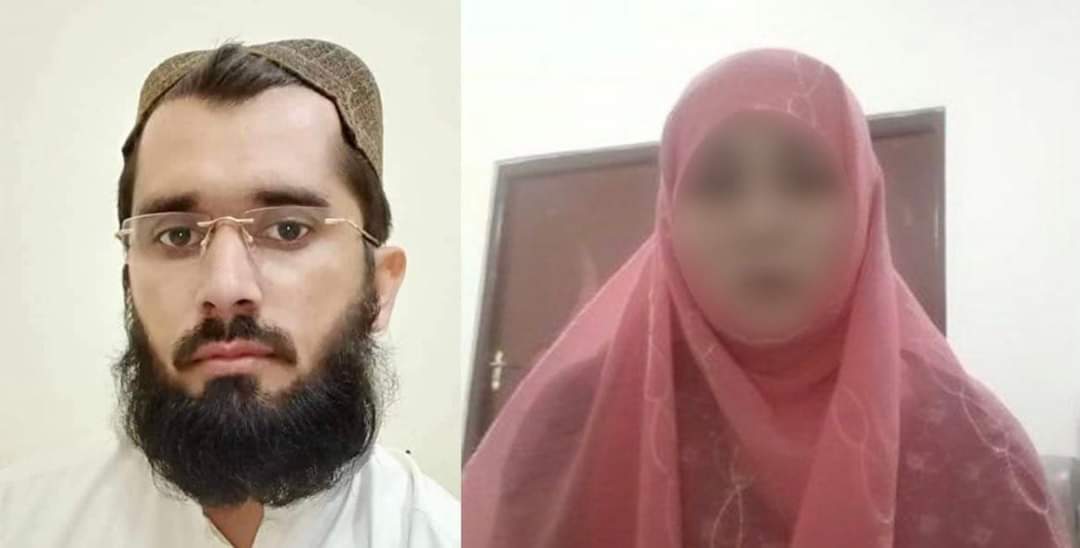 A young Afghan woman has accused a Taliban official of beating, raping, and forcibly marrying her in a video that has gone viral.

Elaha Delawazai, a medical student at Kabul University, made the allegations against former Taliban Interior Ministry spokesman Saeed Khosty in a video that surfaced on social media on August 30.

“I have no idea what will happen [after this video is made public], but it is better to die once than dying 1,000 times,” said the 25-year-old, crying.

Delawazai said her father worked for the intelligence agency of the toppled Afghan government. Around six months ago, she said, Khosty forcibly married her.

“He was raping me every night,” she said in the video. “Every night he would beat and torture me.”

In the video, Delawazai also appeared to suggest that Khosty had filmed her performing sexual acts and threatened to release the videos.

In a separate video, Delawazai is seen arguing with Khosty after he forcibly entered her home. Another video shows the young woman trying to throw out Khosty from her home.

Khosty denied the allegations on August 31. He said he had divorced Delawazai, accusing her of “insulting religious beliefs and practices and the Holy Koran.”

Khosty was appointed as Interior Ministry spokesman after the Taliban toppled the Western-backed Afghan government and seized power in August 2021. He was replaced earlier this year but remains a key Taliban media figure who appears on state-run and private Afghan television channels.

After the videos emerged, the hashtag #justiceforElaha went viral on social media.

Taliban spokesman Zabihullah Mujahid has claimed that the allegations were part of a “conspiracy” against Khosty.

Since seizing power, Taliban officials and fighters have been accused of abusing, sexually assaulting, and forcibly marrying the female relatives of former Afghan government officials.

“It would be no surprise for a Taliban official to feel free to inflict forced marriage, rape, assault, nonconsensual filming, and blackmail,” Human Rights Watch (HRW) said in a statement on September 1. “The question is how many such cases go unheard.”

Heather Barr, associate director of the women’s rights division at HRW, told RFE/RL’s Radio Azadi that although “we don’t know how widespread these abuses are against Afghan women, but we know that violence against women and girls is carried out with complete impunity.”

Samira Hamidi, Amnesty International’s South Asia campaigner, said Delawazai’s case “is the shocking reality of what dozens of women and girls are facing.”

Since its takeover, the Taliban has severely curtailed women’s rights, barring teenage girls from school, banning most women from work, and imposing restrictions on their freedom of movement.

The militants have also dismantled the Women’s Affairs Ministry and Afghanistan’s Independent Human Rights Commission as well as closing shelters, legal assistance programs, and special courts that were designed to combat violence against women and girls.

« One Year After Leaving Afghanistan, Fawzia Koofi Is Determined To Go Back
Top Taliban Cleric Among 18 Killed in Afghan Mosque Bombing »