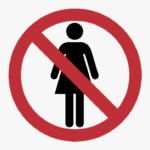 First came the curbs on girls’ education and women’s right to work, then the enforcement of strict dress codes.

Now, Afghan women have been barred from entering public bathhouses and parks in Kabul following a decision by the Taliban’s notorious Ministry for the Promotion of Virtue and the Prevention of Vice.

It was unclear how the November 9 decision relates to a previous ruling by the ministry that declared that all open-air public spaces, including public parks, must be segregated by gender and women would only be allowed enter on specific days. It was also not clear if the restrictions extended beyond the Afghan capital.

“If another decree is imposed on women, it will be that women cannot even leave the house,” she told RFE/RL’s Radio Azadi.

“What they said — that women can’t go to recreational places and baths — is ridiculous,” she said. “It means that we women are facing a disaster that will be difficult to overcome. Afghanistan is nothing more than a prison for women.”

Habib Jan Zazi, a director at Kabul’s Habibullah Zazi Park — a modern amusement park that features a Ferris wheel, a swimming pool, and other attractions — said that barring women from entering threatens the future of the complex.

“The [ministry] officials announced that women no longer have a right to enter the park, and with this, we are also suffering a lot,” he said. “We have 200 workers and after our income falls, we will have to close the park.”

The closure of public bathhouses, which are often frequented by residents who lack hot water or bathing facilities at home, will place additional burdens on women who are already subject to sweeping restrictions, including on their appearance, access to work and education, and freedom of movement.

“Most families in this cold weather, they can’t draw a warm bath at home,” said Hamira Farhangyar, the former president of Kabul’s Cheragh Medical University. “Where can a mother and her children take a bath?”

The owner of a public bathhouse in Kabul, who spoke to Radio Azadi on condition of anonymity, said that denying women entry to his facility will hit him hard financially.

“The money I earn from the bathhouse supports my family, and after this I will have no income,” he said.

Akif Mohajer, a spokesman for the Ministry for the Promotion of Virtue and the Prevention of Vice, defended the new restrictions on women in comments to Radio Azadi.

He said that the Taliban government has been working since it seized power in August 2021 to find suitable solutions to accommodate women that are in keeping with the militant group’s belief that women and men need to be segregated in public places.

But he said certain places present problems, and that “for the time being” women will not be allowed in public parks or bathhouses.