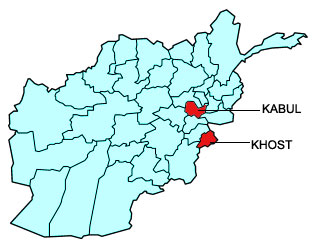 An explosion inside a mosque at an Afghan military base in the volatile eastern province of Khost has killed at least 27 people and wounded 50, officials say.

The blast occurred on November 23 in the Ismail Khel district of Khost. The victims had all gathered to attend Friday Prayers, officials said.

It wasn’t immediately clear whether the attack was carried out by a suicide bomber, but Khost is a stronghold of the Taliban-linked Haqqani network.

The Taliban, however, has in the past decried attacks on religious gatherings.

In a statement, Ghani urged a swift investigation into the bombing and said he wanted to know how security at the army base was breached, calling for those responsible to be punished.

No group immediately claimed responsibility for the attack.

Based on reporting by Reuters, AP, and AFP