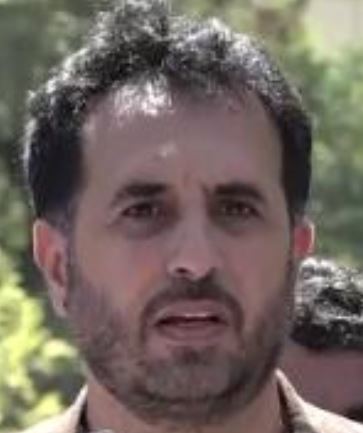 At least 24 Afghan security forces were killed early on March 20 in an insider attack on their base in southern Zabul Province, officials say.

Several “infiltrators” opened fire on their comrades as they slept, Zabul Governor Rahmatullah Yarmal said, in one of the deadliest attacks since the United States signed an agreement with the Taliban last month.

The raid targeted a joint police and army facility near the provincial capital, Qalat, long considered a Taliban stronghold.

“The attackers had connections with the Taliban insurgents,” he said.

The attackers fled the scene in two military Humvee vehicles, along with a pickup truck, weapons, and ammunition.

The Taliban did not immediately respond to a request for comment.

The incident comes a day after Afghan Defense Minister Asadullah Khalid said the Taliban should commit to a truce as a means of helping both sides battle the spread of the coronavirus, which he called a “plague” on the war-ravaged country.

Khalid also said in a televised statement on March 19 that government forces were remaining in an “active defense” posture as a recently agreed U.S.-Taliban peace deal remains under pressure amid disagreements over prisoner releases and other issues.

“Our proposal is that to prevent this plague, a cease-fire should come, so that we would be able to prevent it and treat people in every corner of the country,” Khalid said.

Afghan health authorities have confirmed 22 cases of the coronavirus and no deaths, but only a few hundred people have been tested in the country of 35 million people. Neighboring Iran has reported more than 18,000 cases and 1,284 deaths, according to Johns Hopkins University research.

Khalid’s remarks come a day after the United States said the government of Afghanistan and the Taliban should begin prisoner releases “as soon as possible,” adding that the global coronavirus pandemic was adding to the urgency.

U.S. special envoy Zalmay Khalilzad wrote in a Twitter thread on March 18 that the “coronavirus makes prisoner releases urgent; time is of the essence.”

The Taliban, which so far has refused to meet directly with the Afghan government, said it was committed to the deal but would not start negotiations with Kabul until its fighters were freed.

The Western-backed government in Kabul was not a party to the deal and initially resisted freeing any prisoners. President Ashraf Ghani then agreed to free 1,500 prisoners last week and the rest after peace talks were finalized and Taliban violence had ceased.

But the peace process was again thrown into crisis on March 15 when Kabul said the release of the first Taliban prisoners had been delayed.

Jawed Faisal, a spokesman for the Afghan National Security Adviser’s office, said the government needed more time to review the list of the prisoners.