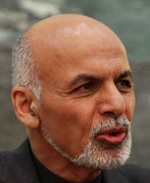 Thousands of Taliban militants encircled Kabul as fear and panic swept through the capital, its residents bracing for a bloody takeover of the city and a return to an oppressive life under the militant Islamist group.

Amid the chaos on the clogged streets and the teeming airport in Kabul, key government and political leaders were locked in tense negotiations with the Taliban over a peaceful transfer of power.

But President Ashraf Ghani was nowhere to be seen.

His ministers were frantically trying to contact him but could not reach his office. Hours earlier, the embattled Afghan leader had secretly slipped out of the sprawling presidential palace in central Kabul with a cohort of his closest aides and boarded a plane to an unknown country and away from the turmoil in his country.

Ghani, who had pledged just days earlier that he would not leave the country, had unceremoniously fled on August 15 during the country’s hour of need.

Yet he had not even informed key members of his cabinet, including acting Defense Minister Bismillah Khan Mohammadi.

“They tied our hands from behind and sold out the country,” Mohammadi wrote on Twitter as stunned officials found out their commander in chief had fled the country.

“Curse Ghani and his gang,” said Mohammadi, referring to the president’s two closest confidants — national-security adviser Hamdullah Mohib and Fazel Fazly, Ghani’s chief of staff — who had fled with him.

Abdullah Abdullah, a longtime rival and the second ranking official in the government, said “God should hold him accountable.”

Hours after his escape, Ghani wrote on Facebook that he left the country to prevent a “flood of bloodshed.” Some reports said he flew first to Tajikistan or Uzbekistan — though both countries denied it — before leaving for an unknown third country. His whereabouts are unknown as of late on August 16.

Ghani’s escape from Kabul, as the city came under Taliban rule without resistance, marked the end of his tumultuous, polarizing seven years in power.

Analysts say the 72-year-old’s abrasive and authoritarian leadership style, which alienated key power brokers, contributed to the rapid collapse of Afghanistan’s security forces and the unraveling of the government.

The Taliban had cascaded through the country since launching a blistering military offensive that coincided with the start of the final withdrawal of foreign troops on May 1. The militant group captured many of the country’s cities in just over a week, with government forces surrendering or retreating by the thousands.

“His divisive and unpopular leadership affected the management and planning of the war,” said Ali Adili, a researcher at the Afghanistan Analysts Network, an independent think tank in Kabul.

Ghani fired and replaced the country’s security leadership on several occasions. He had also sidelined crucial power brokers, including influential former warlords who held sway in the provinces, particularly in northern Afghanistan.

“The failure of resistance in the northern provinces against the Taliban in recent weeks was partly a result of Ghani alienating key figureheads and weakening local structures of power,” said Hameed Hakimi, a research associate at the London-based Chatham House think tank.

Rise And Fall From Power

Ghani, a former finance minister, rose to power in 2014 when he won a presidential election marred by widespread allegations of fraud and vote rigging.

Ghani, an ethnic Pashtun from the eastern province of Logar, has always had the qualifications for the highest political office in Afghanistan. He had worked for the World Bank and the United Nations, and even wrote a book on how to fix failed states.

But he lacked the grassroots support of many of his rivals and Ghani’s lengthy exile in the United States also earned him a reputation for being out of touch with ordinary Afghans.

He surrounded himself with a cohort of Western-educated aides and advisers and isolated himself from key domestic stakeholders.

Ghani was also accused of ethnic favoritism and of stoking tensions among the country’s many ethnic groups.

Hakimi described Ghani as a “classic Afghan populist” who appealed to what he believed his audience wanted to hear.

“His shallow populism was in part his hubris as someone who believed he had the academic and anthropological understanding of the society he wanted to rule,” he said.

“He was also an irascible president who was unable to control his temper or his tongue when given facts he disagreed with, or worse: when challenged,” Hakim added.

Torek Farhadi, a former government adviser who worked with Ghani, described the president as an “insecure” leader who was unwilling to compromise or cede power.

“His political moves were calculated to retain power,” said Farhadi. “In this process he alienated many stakeholders, be it traditional leaders or technocrats.”

‘Stole The Opportunity For Peace’

Ghani refused to stick to the terms of a power-sharing agreement he signed with his electoral rival, Abdullah, in 2014 that led to the creation of an unwieldly national unity government that was characterized by bitter divisions and bickering.

Ghani won the 2019 presidential election that was plagued by record-low turnout and allegations of fraud. Foreign powers and domestic power brokers had pleaded for him to postpone the vote in favor of peace talks with the Taliban. But he refused.

In 2018, the United States had opened direct negotiations with the Taliban in Qatar without the presence of the Afghan government. Eighteen months later, the sides signed a bilateral deal that paved the way for foreign troops to withdraw from Afghanistan.

The deal undermined Ghani’s government, which was not a party to the accord. It also committed his administration to free 5,000 Taliban fighters. Ghani initially balked at the mass release but grudgingly accepted it, staggering the freeing of the inmates in a way that delayed the peace talks by months.

Once intra-Afghan peace talks began in September 2020, Ghani was accused by critics of repeatedly stalling and undermining the peace process to retain power.

Almost one year later, Ghani did not oversee peace in Afghanistan but rather the end of 20 years of democratic rule as the Taliban seized power in Kabul.

“Ghani will be remembered as the president who stole the opportunity for peace from the people of Afghanistan,” said Farhadi.

« Desperate Afghans Cling To U.S. Military Plane To Flee Taliban
Kabul residents call for Ghani to be sent back to Afghanistan »