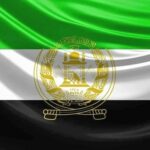 ISLAMABAD — U.S. officials have confirmed that a newly formed armed group resisting the Taliban rule in Afghanistan has registered with the United States.

The confirmation came in response to claims by the anti-Taliban National Resistance Front (NRF) that its international office has “received authorization to officially open” in America.

Ali Maisam Nazary, the foreign relations chief for the anti-Taliban group, made the announcement on Friday via a Twitter post, promising the NRF “will soon expand its activities throughout the globe.”

A spokesperson for the U.S. State Department told VOA officials “are aware that an entity calling itself “The National Resistance Front” registered under the Foreign Agents Registration Act on October 26.”

The spokesperson, however, explained the decision to register was made by the registrant and did not require any further action or approval by the Department of Justice or any other American government entity.

“In general, organizations such as this one can open offices in the U.S. and do not require involvement from the Department of State,” the spokesperson said.

The Taliban seized control of Afghanistan in August after ousting the Western-backed government in Kabul as American and NATO troops withdrew from the country after 20 years of involvement in the war.

The Islamist group, which comprises mostly members of the ethnic Pashtun majority, announced a blanket amnesty for all those who served in the previous government after regaining control of the country, though Taliban fighters are being accused of carrying out targeted killings of former Afghan security personnel.

The NRF claims it has set up bases in crucial mountainous parts Panjshir Valley, a predominantly ethnic Tajik province, about 100 kilometers northeast of the Afghan capital, Kabul. Taliban officials reject those claims and say leaders of the so-called resistance have long left Afghanistan.

NRF fighters come from the remnants of the U.S.-trained Afghan security forces and from local militias, although their exact number is not known. They are led by Ahmad Massoud, the 32-year-old son of former Northern Alliance leader Ahmad Shah Massoud, nicknamed the “Lion of Panjshir” for his efforts to resist Taliban rule in the 1990s.

In 2001, the Northern Alliance helped U.S. forces oust the Taliban following the terrorist attacks against the United States on September 11 of that year.

Taliban spokesman Zabihullah Mujahid, reacting to the threat posed by the NRF to his government and reports of opening of an office in the U.S., said on Saturday that no entity can threaten the Afghan people in “the name of resistance or anything else” and that no such activities will be allowed.

Mujahid asserted while addressing a news conference in Kabul that American officials in recent bilateral talks conveyed to Taliban interlocutors that they could not confirm the reported opening of the NRF office nor did the U.S. think such activities were needed.

“I don’t know how reliable the message from [the U.S] is, but our message to those raising the slogan of resistance is that Afghanistan needs peace and prosperity, and not wars anymore.”

Despite holding meetings with Taliban representatives, Washington and the global community in general have not granted recognition to the interim Taliban government.

They have been pressing the Islamist group to govern Afghanistan through an inclusive political setup that ensures protection of rights of all Afghans, including women and minorities in line with assurances the Taliban have given to the international community.

A group of prominent politicians, who had directly or indirectly served in the previous Afghan government and fled the country after the Taliban takeover of Kabul, announced last week the formation of a coalition to achieve lasting peace in the country through both political and military means.

The front, called the “Supreme Council of National Resistance of the Islamic Republic of Afghanistan” said in a statement it was formed by a group of “prominent and sympathetic” political parties as well as figures, but mentioned no names.

Russia, which provided political and military support to the anti-Taliban campaign led by Massoud’s father in the 1990s, has been fully supportive of the current Taliban government. On Thursday, Moscow voiced concerns over the emergence of Afghan resistance groups.

“We have noted a declaration published by some of the country’s former leaders on establishing the Supreme Council of National Resistance of the Islamic Republic of Afghanistan for waging an armed struggle against the Taliban,” Foreign Ministry spokesperson Maria Zakharova told her weekly news conference.

“We urge all ethnic and political forces in Afghanistan to renounce militant rhetoric and to do everything possible to complete the process of national reconciliation,” Zakharova said.

Cindy Saine contributed to this report.

« Tolo News in Dari – November 1, 2021
U.S. Steps Up Scapegoating of Ghani Amid Scrutiny of Afghan Collapse »