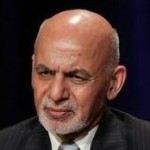 Afghan President Ashraf Ghani has postponed his inauguration for his second term until March 9, amid a bitter dispute with his main election rival.

The delay was due to “rumors” about the spread of the new coronavirus and the short notice for world leaders to attend the ceremony, Afghanistan’s presidential palace said in a statement on February 26, a day before the ceremony was initially scheduled to take place.

Last week, Afghanistan’s Independent Election Commission declared Ghani the winner of the September 28 national election, but outgoing Chief Executive Officer Abdullah Abdullah rejected the long-delayed results, declared his own victory, and said he would form his own government.

The U.S. peace envoy for Afghanistan, Zalmay Khalilzad, welcomed Ghani’s decision to postpone his inauguration, saying the delay “will allow time for necessary consultations so that the best interests of Afghanistan and its people are reflected and preserved by the new government.”

“As the electoral process has concluded, President Ghani, as the declared winner, and other leaders should ensure that the new government is inclusive and reflects the aspirations of all Afghans,” he tweeted.

Widespread allegations of fraud in Afghanistan’s 2014 presidential election led to a political crisis between Ghani and Abdullah that was resolved by a U.S.-brokered power-sharing agreement.

Under that deal, Ghani became president, while a new office of chief executive officer was created for Abdullah.

The February 26 announcement comes amid a week-long “temporary reduction in violence” agreed by the United States and the Taliban that has been seeking to overthrow the Western-backed government in Kabul.

U.S. Secretary of State Mike Pompeo said on February 25 that should the arrangement be observed, Washington was prepared to signed a deal with the Taliban that would lead to a reduction in 13,000 U.S. troops in the country and for unprecedented negotiations between the militants and the Afghan government.

The Taliban has so far refused to talk directly with the Kabul government, calling it a puppet of foreign powers.

Afghan officials have reported one confirmed case of coronavirus in the country. The disease has infected more than 80,000 people globally, causing over 2,700 deaths, mainly in mainland China, where the virus originated.

With reporting by dpa, AFP, Reuters, and Radio Free Afghanistan