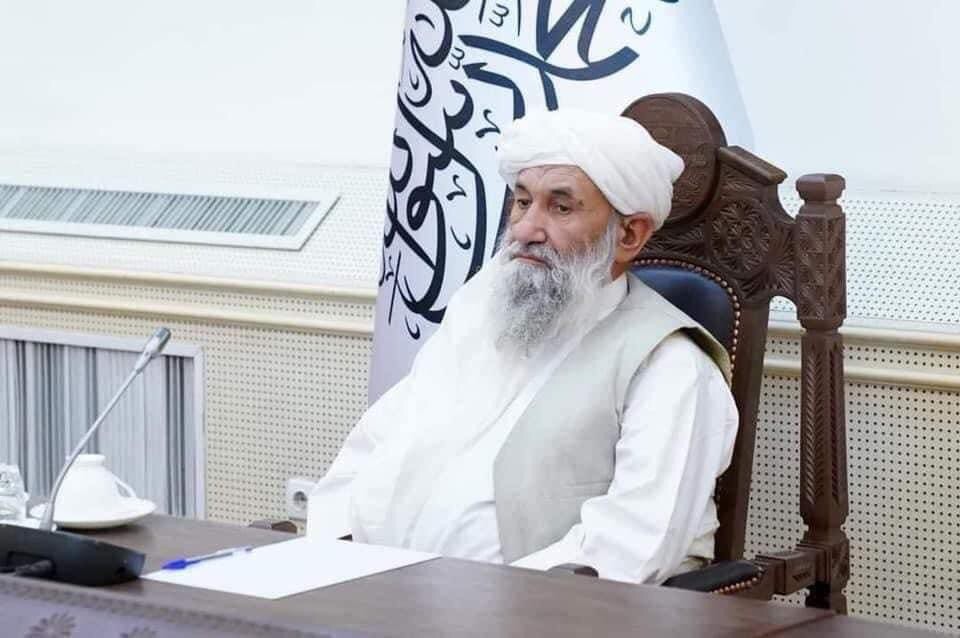 Afghanistan’s interim Taliban government has held its first cabinet meeting since taking power in August, the group’s chief spokesman Zabihullah Mujahid said on October 4 in a press release, which also announced that the government would resume issuing passports and ID cards to Afghan citizens.

The Taliban unilaterally formed a government led by acting Prime Minister Mullah Mohammad Hassan Akhund last month after taking control of the country in a lightning offensive amid a hasty withdrawal of U.S.-led forces that put an end to the 20-year war there.

Since the Taliban is unrecognized by the international community as Afghanistan’s legitimate government, it is unclear if the new passports will be recognized by any foreign governments.

A total of 38 new official appointments made by Taliban Supreme Leader Mullah Haibatullah Akhundzada were published, almost all of whom are religious clerics from the Pashtun ethnic group, in a fresh blow to those Afghans calling for a multiethnic interim government and one that includes women.

Among the new appointees is Deputy Prime Minister Maulvi Abdul Kabir, who is also a member of the Taliban’s leadership council and served in key positions during the Taliban rule in Afghanistan in the late 1990s.

Various Taliban security agencies were also instructed to form a joint commission to improve security in both Kabul and the provinces.

The government meeting came a day after a deadly bombing outside a Kabul mosque that was claimed by the Islamic State extremist group.

It was not immediately clear how many people died in the October 3 blast, with various sources putting the death toll at five to 12 people killed and more than 30 wounded.

With reporting by dpa and Reuters