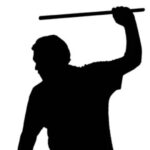 DW: When the Taliban seized power in Afghanistan in 2021, many expected the fundamentalist group to rule differently this time around. More than a year later, the Taliban have proven them wrong. Recently, Taliban officials publicly lashed dozens of men and women that they found guilty of “moral crimes.” The punishments took place in the provinces of Logar, Laghman, Bamiyan, Ghazni and Takhar. The women were accused of “theft, adultery, and running away from home.” Taliban leaders are not even trying to keep these public punishments a secret. On the contrary, Mullah Haibatullah Akhundzada, the Taliban Supreme Leader, ordered all officials to implement Shariah law in the country. Click here to read more (external link).