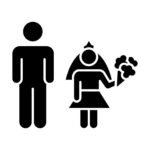 For several months Pashtana kept rejecting marriage proposals made for her 14-year-old daughter, Zarghona, until she had to make a final decision.

“I had to choose between the survival of my four little children and giving Zarghona to marriage,” Pashtana told VOA over the phone from the southern Afghan province of Kandahar, where last year her husband, an army soldier, was killed in clashes with then Taliban insurgents.

The young widow made every effort to provide for her children, but there was no job for her under a Taliban regime that has banned work for women.

Pashtana’s family disowned her 15 years ago when she married her former husband against their will, and she only has an elderly mother in-law from her husband’s family.

“I gave Zarghona to this man who was wooing her for several months…what else could I do? How else could I feed my little children?” said the bereaved mother adding the man paid 200,000 Afghanis or about $2,300 in dowry.

Zarghona’s story is not an exception.

As hunger grows deeper in war-ravaged Afghanistan, which has the world’s highest number of people in need of emergency food assistance, an increasing number of Afghan families are offering their underage girls in exchange for dowry, debt relief and other social and economic incentives.

In the eight months since the Taiban took control of the country, more than 120,000 children are feared to have been bartered for some sort of financial incentive, according to an analysis made by several aid agencies.

“UNICEF is hearing more and more reports of destitute parents being forced to take desperate measures to keep their families alive,” Joe English, a spokesman for the U.N. Children’s Agency (UNICEF), told VOA.

As is common in Afghanistan, Zarghona’s husband, twice her age, was not lawfully required to register the marriage at a public office. The wedding was officiated only in the privacy of the family.

While a civil law by the previous Afghan government allowed girls’ marriage only at age 16, the new de facto Taliban Islamist regime has a different policy.

“The Sharia is clear about this,” said Sadiq Akif, a spokesman for the Taliban’s Ministry of Promotion of Virtue and Prevention of Vice, referring to the Islamic jurisprudence.

“When a girl reaches puberty, she can be given to marriage,” Akif told VOA.

Most girls reach puberty between the ages of 11 and 13, according to Nadia Akseer, a scientist at the Bloomberg School of Public Health at Johns Hopkins University.

Under the Taliban’s interpretation of Islamic law, the marriage of an 11-year-old girl, considered middle childhood in most countries, is allowed. Medical professionals strongly disagree.

“Girls bodies are changing and growing their whole life but especially once they hit puberty. That pubertal growth spurt continues from initiation of puberty (say age 12 years) until their early 20s. During these years, girls have a heightened need for good nutrition and healthy behaviors to grow to her fullest potential,” Akseer told VOA.

One critical consequence of the prevalence of child marriage in Afghanistan, estimated at 28% nationwide, is maternal mortality. Afghanistan has the worst maternal and infant mortality rates in Asia. For every 100,000 live births 700 to 1,600 mothers die.

“From a medical standpoint for the girl to attain her full health and development, she should not get pregnant at least until her early 20s,” said Akseer.

“Girls who are forced into early marriage have their childhoods ripped away from them. They are often denied access to education and face a future they are not physically, emotionally and psychologically ready for, which has a devastating impact on their health and mental wellbeing,” said Sacha Myers, a spokeswoman for Save the Children in Afghanistan.

While poverty pushes vulnerable parents to extreme remedies such as giving their teenage daughters for dowry, the Taliban’s ban on secondary education and work for women appears to have facilitated the rise in child marriages in Afghanistan.

“When girls are banned from school and from work outside, what options are left for parents other than giving their daughters into early marriage?” said Tamana Bahar, an engineering specialist who was sacked from a government job by the Taliban last year because of her gender.

After seizing power last August, the Taliban fired all female government employees except for medical professionals and some teachers.

Pashtana, who is now able to feed her four young children with the dowry she took for Zarghona’s marriage, could not see a better future for her teenage daughter. “This is how life is for women in this country,” she said.

Hunger and severe malnutrition threaten the lives of more than 1 million Afghan children, UNICEF has warned.

To save these children, their parents will likely continue to opt for the type of extreme solutions that led to Pashtana’s fate.

« Taliban Kills a Commander of NRF in Baghlan
US gives 16 Mi-17 helicopters procured for Afghanistan to Ukraine: SIGAR »