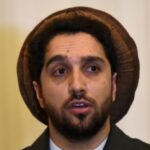 Indian Express: A year after the Taliban took over Afghanistan, Ahmad Massoud — the founder and leader of National Resistance Front of Afghanistan, the key opposition to the Taliban — says the country has moved several steps back on all fronts. In an exclusive interview to The Indian Express from an undisclosed location, the 33-year-old son of legendary fighter Ahmad Shah Massoud, who was known as the Lion of Panjshir, talked about the situation in Afghanistan under Taliban, Pakistan’s role in supporting the Taliban and terrorist groups, and how he wants help from India in military logistics and the resistance from guerrilla fighters within Afghanistan. Click here to read more (external link).