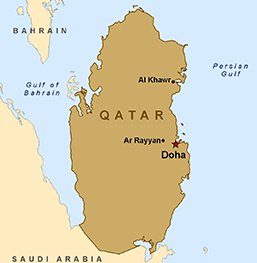 The Afghan Taliban’s office in Qatar has told RFE/RL that it continues to insist that all foreign troops in the U.S.-led coalition must leave Afghanistan before it will join direct peace talks with the government in Kabul.

Mohammad Naim, the official spokesman for the Taliban’s political office in Qatar, made the statement in an interview with RFE/RL’s Radio Free Afghanistan after a four-nation group trying to set up direct peace talks said it expects negotiations to start in Islamabad by the first week of March.

The so-called Quadrilateral Coordination Group — which includes Afghanistan, Pakistan, China, and the United States — announced its expectations after meeting in Kabul on February 23.

But Naim said late on February 23 that the Taliban’s Qatar office was “unaware of plans for talks” and that it had not changed its preconditions for joining the peace process, which he had announced at the Pugwash research center in Doha during a conference that lasted from January 23 to January 25.

The Taliban has long held that it would not join talks with the Afghan government in Kabul until all foreign troops in the U.S.-led coalition leave Afghanistan.

At the Doha conference, Taliban representatives said in a statement “the invaders should leave the country and give the Afghan people opportunity to determine their fate themselves.”

Other Taliban demands announced in Doha in January included official recognition of the Taliban’s political office in Qatar, the removal of the Taliban from a United Nations terrorist blacklist, a halt to the “arrest and elimination” of Taliban fighters, and the release of Taliban inmates from prisons.

The Taliban demands also included an end to what its Qatar office called “poisonous propaganda” against the Taliban.

The Afghan government said in late January that it could not accept the Taliban’s preconditions for the resumption of the stalled peace talks.

Kabul said negotiations should move forward only in line with the decisions of the Quadrilateral Coordination Group.

Afghanistan’s High Peace Council has urged the Taliban to avoid setting preconditions, saying the group should raise their issues at the negotiating table.

The High Peace Council also warned that there will not be a breakthrough in the peace process unless there are face-to-face talks between government negotiators and Afghan Taliban representatives.

Despite his insistence on the Taliban preconditions announced in January, Naim told told RFE/RL that the Taliban “will take part in talks that end the foreign occupation and bring an Islamic government to the country.”

Some Taliban delegates met in Islamabad during the summer of 2015 with Afghan officials for an initial round of peace talks.

But the fledgling peace process was derailed by the revelation that the Taliban’s founder and spiritual leader, Mullah Mohammad Omar, had been dead for more than two years.

The Taliban’s Qatar office says it is the only “authorized and responsible entity” that can represent Afghanistan’s Taliban at peace talks.

With reporting by AP, Reuters, and Tolo-TV