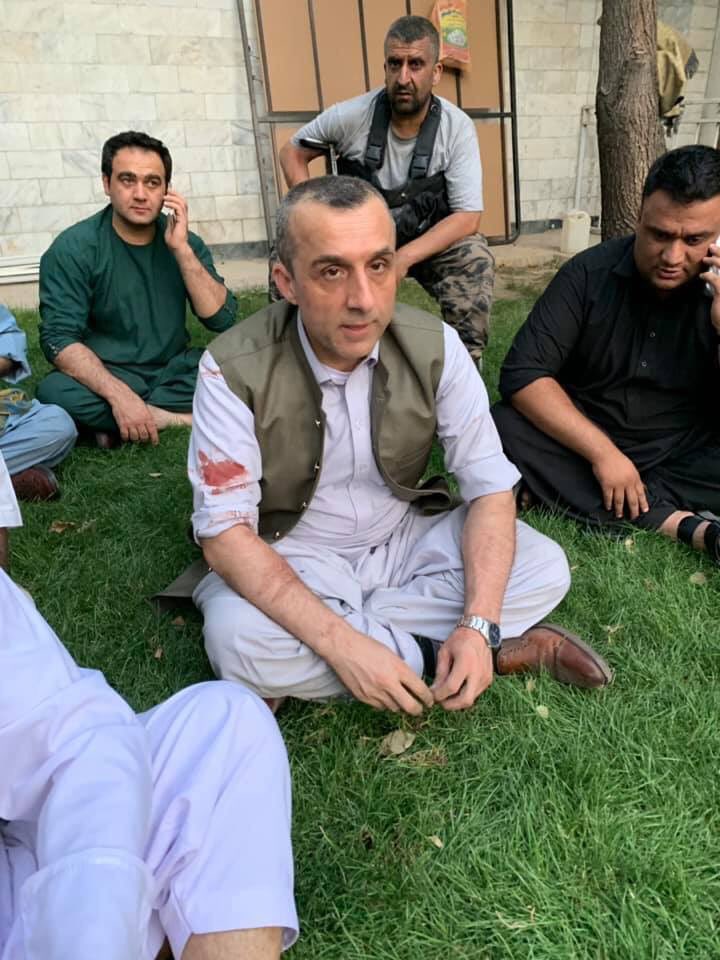 Afghan Interior Ministry spokesman Nasrat Rahimi said two people were killed and at least 25 civilians were injured by the blast on a road near the private Ghalib University.

Afghanistan’s Health Ministry said one of the dead civilians was a woman.

Rahimi told RFE/RL that gunmen stormed the building of Saleh’s Green Trends Movement after the blast and were engaged in a battle with Afghan security forces.

He said at least one of the attackers had been killed but two others were still battling Afghan forces in the early evening.

Rahimi said Saleh was wounded by shrapnel from the bomb but had been safely evacuated amid the ongoing battle.

Photographs shared on Twitter by Rahmatullah Nabil, a former Afghan intelligence chief who also is a candidate for the presidency, and Tamim Asey, a former Afghan deputy defense minister, show Saleh sitting in a garden with blood stains on his right arm. He was surrounded by security guards.

Saleh is an outspoken and uncompromising opponent of the Taliban and other hard-line Islamist militant groups.

There was no immediate claim of responsibility for the attack, which came just hours after Ghani marked the official start of Afghanistan’s two-month presidential election campaign by insisting that “peace is coming” and that negotiations with the Taliban “will take place.”

Ghani made the remarks at a rally in Kabul on July 28. He is facing 17 other candidates and hopes to secure a second term by winning the delayed presidential election.

Earlier on July 28, the Taliban rejected a statement from a senior Afghan minister who said he hopes direct talks would begin within two weeks between the militant group and the government in Kabul.

With reporting by Reuters, AP, AFP, and RFE/RL’s Radio Mashaal