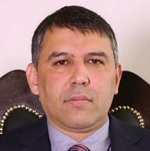 ISLAMABAD — Afghan officials are downplaying the significance of the United States diverting funds from its military mission in Afghanistan, as a senior American diplomat has arrived in Kabul for high-level discussions.

Acting U.S. Defense Secretary Patrick Shanahan on Friday approved the transfer of $1.5 billion to build barriers on the border with Mexico, including taking more than $600 million designated for beleaguered Afghan security forces, which are struggling to contain Taliban battlefield advances.

“We do not see any change in security-related programs and coordination ongoing with U.S. forces,” Afghan Interior Minister Massoud Andarabi told reporters in Kabul. He noted Washington remains committed to supporting Afghan security forces and emphasized it is an internal U.S. policy matter as to how and where they want to spend their money.

The private Afghan TOLO News television station quoted a U.S. military spokesman as saying the diversion of funds is part of the plan to reduce expenditures of foreign troops stationed in Afghanistan. Colonel David Butler noted the cost savings move will not impact “the effectiveness or the readiness” of Afghan security forces to fight terrorism.

“U.S. forces in Afghanistan will return $600 million to the Department of Defense. We did this through very close work with the Afghan security forces and with very close work with the Afghan government to make things more efficient and make things better, and we were spending our money on the right things,” Butler said. The military spokesman reiterated Washington’s complete commitment to Afghan security forces in their fight against terrorism.

The United States is also holding direct talks with Taliban insurgents to try to promote a political settlement to the Afghan conflict. The latest round of discussions concluded last Thursday, but neither side has reported any breakthrough.

President Donald Trump announced in January progress in the talks with the Taliban could lead to withdrawal of half of some 14,000 American troops from Afghanistan.

Recent reports the Trump administration has decided to accelerate plans to reduce the staff by half at the embassy in Kabul coupled with diverting funds designated for Afghan forces raise questions about a “strong future U.S. commitment to Afghanistan,” tweeted Washington-based analyst, Michael Kugelman.

A presidential spokesman said Ghani and Wells also reviewed efforts the government is making to advance the Afghan peace process, and preparations underway for the presidential elections scheduled for September 28.

« 1TV Afghanistan Dari News – May 12, 2019
Afghan presidential candidates call for Ghani to step down next week »