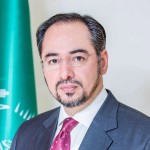 ISLAMABAD – Top leaders of Afghanistan’s Tajik community warn if the Taliban fail to deliver on their recent commitment to form an “inclusive” government in Kabul, they will not be able to maintain their hold on power.

These former staunch Taliban foes, however, say they are willing to cooperate with all factions in the country to help bring much needed peace to Afghanistan.

The transcript has been edited for clarity.

VOA: What is your reaction to the Taliban regaining power and whether it can lead to peace in Afghanistan?

Salahuddin Rabbani: The developments in the last few days were, as you said, very rapid and the situation is still very confusing and fluid. Will it result in peace? At the moment, of course, there’s one group that is now responsible. But, as we have said, Afghanistan is a country that cannot be controlled (by one group) or one group cannot bring peace and stability. It has to have an all-inclusive system that ensures social justice inclusivity and the rights of all citizens. If they (the Taliban) agree on establishment of such a system, then all Afghans (could) work (together) to bring peace and stability to Afghanistan.

VOA: What was your immediate response to President (Ashraf) Ghani’s departure from the country?

Rabbani: Of course he did a big disservice to the people of Afghanistan. He betrayed his people, the very same people that he led for seven years. He left Afghanistan in disgrace and this will be part of his legacy for the rest of his life.

VOA: Your brother, Ahmad Shah Massoud, waged a strong resistance to the Taliban’s rule in the 1990s and, in fact, successfully defended areas under his control. Will you and your community be willing to reconcile with the Taliban now that they have regained power in Kabul?

Ahmad Wali Massoud: We should learn from the past. Now, this is the time, if there are challenges there is an opportunity as well to move forward because we should not be stuck in the past.  Therefore, if the Taliban have come to that realization that they have changed, then they have see it with open heart to come and start a dialogue with us to see what we can do for peace in Afghanistan. This is the time to do that. We cannot continue (fighting) for years and years to come because this is the 21st century and the whole world has changed, Afghanistan has to change as well because we have to really benefit  from today’s world and not to get stuck in the past.

VOA: If you today were the leader Afghanistan, would you put Ghani on trial for his alleged misrule or offer pardon him?

VOA: President (Joe) Biden says the U.S. gave ANDSF (Afghan security forces) money, equipment and training but could not have bought them the will to fight the Taliban?

Massoud: Yes, of course, they gave the money, they give the equipment, but at the same time they gave us the leadership as well. That was a failed leadership.