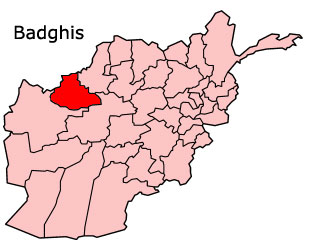 ISLAMABAD – Officials in Afghanistan said Wednesday a commando operation in a northwestern region has freed 62 security personnel held in a Taliban prison. Meanwhile, the insurgent group, in a fresh attack elsewhere, says it has killed at least 18 Afghan security forces.

It captured five Taliban guards and inflicted casualties on several others, the statement said. The captives were mostly members of the Afghan National Army (ANA).

There was no immediate reaction from the Taliban.

A Taliban statement claimed its fighters overran the base in Dashti Archi district, killing 35 Afghan forces and capturing four others, though the group often exaggerates its battlefield actions.

On Monday, an insurgent attack on a police base in neighboring Baghlan province killed at least 13 government forces.

Afghan officials say counterinsurgency ground and air offensives in different provinces inflicted heavy casualties on the Taliban over the past few days.

There has been a sharp increase in Taliban attacks in recent days in the northern provinces of Afghanistan despite an unusually harsh winter. Heavy casualties reportedly have been inflicted on government forces being trained and advised by the United States.

The U.S. special inspector general for Afghanistan reconstruction explained to Congress on Tuesday reasons for the increase in insurgent attacks on Afghan security forces.

“The biggest problem we have seen and our trainers have seen with the Afghan military, is they’re not aggressive, they are not moving out… and are usually getting attacked and wiped out by the Taliban,” said John Spoko quoting U.S. military commanders on the ground. He added corruption was another major factor undermining the ability of Afghan forces to contain Taliban advances.

Washington wants the insurgent group to commit to a “significant and lasting” reduction in violence before signing a peace agreement the two adversaries have negotiated over the past year.

The deal, if reached, could set the stage for a gradual drawdown of U.S. and coalition forces in Afghanistan, closing America’s longest war. It would also open the way for Taliban-Afghan negotiations on governance-related matters.

Taliban envoys have proposed a week-long reduction in violence in a bid to conclude the peace deal with American interlocutors.

But  sources in the insurgent group say the U.S. side is demanding a reduction in insurgent hostilities for a prolonged period and until the intra-Afghan negotiations begin.

The Taliban insisted in a statement last week it had already shown “enough flexibility” by offering a reduction in violence for a limited duration. The insurgent group said that “the ball is now in their [U.S.] court” to move the Afghan peace forward without wasting more time.