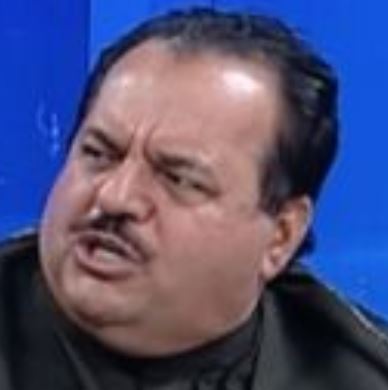 An Afghan candidate has been killed in an explosion in his office in the southern province of Helmand, officials said, as violence escalates ahead of the October 20 parliamentary elections.

Abdul Jabar Qahraman was killed in the explosion of a bomb apparently placed under a sofa in his office, a senior government official said.

The Taliban claimed responsibility for the attack. Helmand is a Taliban stronghold.

Qahraman “was meeting his supporters in his election campaign office” when a bomb under his sofa detonated, Zhwak said.

The attack takes the number of candidates killed to at least 10.

In a separate incident, a German military transport helicopter was shot at though no injuries were reported during a flight in Afghanistan’s northern Kunduz Province, the German military said in a statement late on October 16.

Poll-related violence has increased ahead of the long-delayed vote.

On October 16, dozens of Afghan police officers were killed in two attacks claimed by the Taliban in the northern province of Samangan and in the central province of Daikundi.

With reporting by Reuters, AFP, and dpa

Related and Other Security News