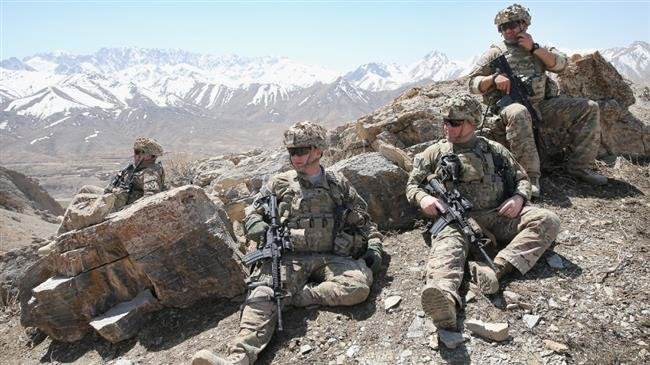 WHITE HOUSE — On July 21st, 41 consular and diplomatic security officers of the U.S. State Department were given the agency’s prestigious Award for Heroism for assisting in the relocation of 124,000 people from Kabul in August 2021, including American citizens, legal permanent residents and tens of thousands of Afghan allies.

“They worked closely with the Department of Defense, and other key agencies, and provided the leadership structure that underpinned and facilitated the department’s operations at Hamid Karzai International Airport between August 15-30,” a State Department spokesperson told VOA.

One of the recipients, who is no longer with the department and spoke to VOA on condition of anonymity, likened the award ceremony to “group therapy” that helped put in context his feeling of helplessness during the grueling and dangerous two weeks of airlifting Americans and Afghans as Kabul swiftly fell to the Taliban.

“We really beat ourselves up,” he said. “You disproportionally look at what you couldn’t do, the lives you couldn’t save.”

The former officer said that after the operation ended, he worked through post-traumatic stress disorder therapy and spent much of the past year processing the sequence of events that capped the 20-year war with a chaotic withdrawal — bloodied by a suicide attack that killed 180 people, including 13 American troops — and left tens of thousands of Afghan allies behind.

He and others involved in the massive airlift expressed frustration at what they see as the administration’s lack of transparency on the lessons learned from the U.S. military pullout after the country fell so swiftly into the hands of the Taliban.

“I’m really angry that we did that. We put so many people in harm’s way,” he said. “How did that happen? There are so many things that failed leading up to it.”

The State and Defense departments are still conducting internal after-action reports on the withdrawal, according to U.S. officials.

“Once they’re done, we will give you the full — have the full picture in a way that will help inform future operations,” White House press secretary Karine Jean-Pierre told reporters Tuesday. “It’s just still underway. Once we have that, we will — we will share our lessons.”

It’s unclear how much of the reports will be unclassified.

“We expect that the agencies will be able to share lessons learned, in a manner consistent with operational classification and security,” John Kirby, coordinator for strategic communications at the National Security Council, told VOA during an August 5 briefing with reporters.

Ahead of the upcoming November midterm elections, the Biden administration appears reluctant to delve into details of what went wrong in the last phase of America’s longest war. The administration has largely stonewalled calls for more transparency, including from congressional Republicans who are demanding a full committee, unclassified hearing open to the public.

“We strongly believe the American people deserve to hear the significant amount of unclassified information about the relevant and important events before and after the disastrous withdrawal,” House Foreign Affairs Committee Republicans said in a June statement.

Republicans have also accused the administration of not cooperating with the Special Inspector General for Afghanistan Reconstruction (SIGAR), an agency that provides oversight on the $150 billion Afghanistan reconstruction funds and produces congressionally mandated quarterly audits.

“The Biden administration’s decision to withhold critical information from SIGAR based on shaky legal interpretations is just another transparent attempt to sweep President Biden’s chaotic and deadly withdrawal from Afghanistan under the rug,” House Foreign Affairs Committee lead Republican Michael McCaul said in a June statement.

In response, State Department spokesperson Ned Price said SIGAR’s latest report on the collapse of the Afghan forces “does not reflect the consensus view” of the administration.

“Many parts of the U.S. government, including the State Department, have unique insights into developments in Afghanistan last year that were not captured in the report. And we don’t concur with many aspects of the report,” Price said.

More broadly, there is a general disappointment from the rank-and-file members of the military that “there hasn’t been a more dedicated and resourced effort” to learn from the Afghan war, said Jonathan Schroden, director of the Countering Threats and Challenges Program at the Center for Naval Analyses, a nonprofit military research group.

“It’s more important for long-term systemic learning and organizational learning. Revisiting in detail how did we end up in a situation where we had to do that withdrawal, to do an evacuation, is critically important,” he told VOA. “Right now, beyond what SIGAR is doing, there is no effort inside the U.S. government to do that systematically.”

The war in Afghanistan killed more than 2,400 U.S. troops and cost taxpayers $300 million every day for 20 years. A holistic, interagency study that identifies best practices and challenges at various U.S. government entities as well as across the entire operation is crucial, said Mark Jacobson, who helped organize evacuees during the withdrawal and served as a deputy NATO representative in Afghanistan.

Jacobson told VOA there is no interagency lessons-learned process from current and previous administrations, and when individual agencies conduct internal reviews, they are reluctant to share the findings. Often, he said, “avoiding embarrassment is more important than learning the right lessons.”

With the Afghan war spanning Democratic and Republican administrations, the U.S. loss there is “a bipartisan failure,” Schroden said, which means there may not be much appetite for either side to drive review efforts.

“This is a war we lost,” he said. “And it stings both sides of the political aisle pretty badly. And so, some amount of time is likely required to pass before people who were directly involved in the war are no longer in positions of power and it becomes less sensitive to actually look back at what happened and examine it critically.”

In December 2021, Congress established the Afghanistan War Commission, a nonpartisan, independent body tasked with examining all military, intelligence, diplomatic and development activities of the U.S., its allies and partners, from June 2001 to August 2021.

The commission’s 16 members, appointed in April, must submit their final report to appropriate congressional committees within three years of their first meeting and must make public an unclassified version of the undertaking.

Administration officials said they will mark the anniversary by honoring “the service and sacrifice of those we lost as well as recognize the many people we saved” and focusing on how the “U.S. is on a stronger strategic footing” by ending the war. They highlighted the recent operation that killed al-Qaida leader Ayman al-Zawahiri as proof of Washington’s over-the-horizon capabilities.

The strike gave the administration a powerful counterterrorism-focused talking point, said Michael Kugelman, deputy director of the South Asia Program at the Wilson Center. It enables them to say that “we’ve left, we’ve brought our troops home, we’ve removed them from harm’s way, but we continue to do everything we can to protect Americans the world over from the threat of terrorism,” he told VOA.

Kugelman said with no known U.S. counterterrorism operation in Afghanistan before the strike that killed al-Zawahiri, the perception was that Washington did not yet have over-the-horizon capacity.

“But we know that it is there now because of what happened with Zawahiri,” he said.

Another factor the White House can leverage to mitigate the political impact of the withdrawal anniversary is President Joe Biden’s “real leadership and deft alliance management” against the Russian invasion of Ukraine, said Aaron David Miller, senior fellow at the Carnegie Endowment for International Peace.

“That would lay to rest growing doubts about Biden’s judgment and competence in foreign policy and restored allies’ faith in U.S. leadership,” he told VOA. “Had Ukraine not occurred, it would have been a very difficult, a much more difficult anniversary.”

For their part, humanitarian groups are using the anniversary of the withdrawal to draw attention to the plight of the Afghan people facing staggering levels of poverty and desperation.

“Afghanistan stands at a precipice, with its people being punished for the Taliban’s takeover of the country,” Neil Turner, the Norwegian Refugee Council’s country director, said in a statement. “Despite repeated calls from humanitarian actors, nothing seems to have changed. Afghanistan’s foreign reserves remain frozen, the Afghan Central Bank is still not functional, and development assistance remains withdrawn.”

Refugee groups are also pushing the administration to speed up the relocation of Afghan allies still left in the country. Biden officials said in July there were 74,274 applicants in the Special Immigrant Visa pipeline, excluding their spouses and children.

VOA’s Cindy Saine and Aline Barros contributed to this report.