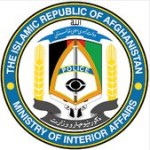 Afghanistan’s Interior Ministry says gunmen have shot and killed a member of the presidential guard in the outskirts of the capital, Kabul.

Interior Ministry spokesman Tariq Arian said on April 4 that another member of the Presidential Protective Service (PPS) was wounded in the same attack late on April 3 in the Paghman district of Kabul Province.

It was unclear if the guards were on duty.

Arian said an investigation had been launched into the attack.

No group has claimed responsibility for the attack, although similar attacks in the past have been blamed on the Taliban.

Based on reporting by Khaama and Tolo News