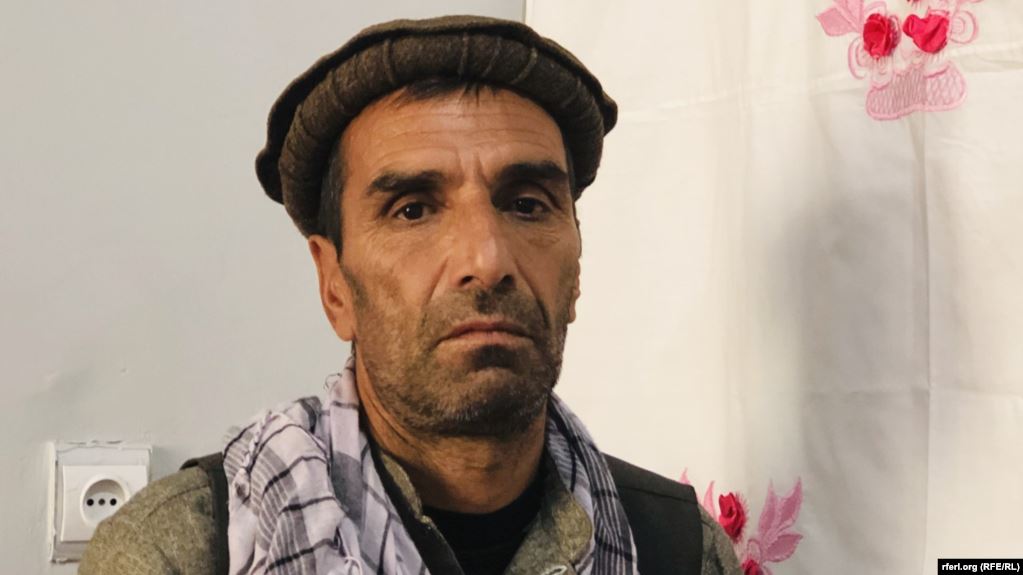 Mohammad Younas was among the thousands of Afghan fighters that Hezb-e Islami, a major Afghan Islamist party, sent to Azerbaijan in the 1990s to bolster Baku in its war against Armenia.

KABUL — Mohammad Younas is nostalgic about his time fighting with Azerbaijani forces in the war against Armenians for the Nagorno-Karabakh territory in the early 1990s.

“If possible, I would again join the Muslims of Azerbaijan to defend them against non-Muslims,” he said, alluding to the predominantly Muslim country in its battle with Armenian forces, who are mainly Orthodox Christians. The conflict between the South Caucasian neighbors has never been considered a religious one.

But Younas’s real motivation was a mix of religious zeal and material gain. “My real motivation in going to Azerbaijan was participating in a jihad, but I also wanted to make some money,” he told RFE/RL’s Radio Free Afghanistan.

Younas was among the thousands of Afghan fighters that Hezb-e Islami, a major Afghan Islamist party, sent to Azerbaijan in the 1990s to bolster Baku in its war against Armenia. The conflict between the two Soviet republics mushroomed into a full-scale war after the fall of the Soviet Union in 1991, which preceded the demise of Afghanistan’s communist regime in April 1992.

While far from being materially involved in the current war over Nagorno-Karabakh, Kabul still supports Baku’s position, which sees Yerevan as occupying its territory — a position also recognized internationally.

Afghanistan’s declared support for Azerbaijan has prompted Armenia to push for an end to Kabul’s observer status in the Collective Security Treaty Organization (CSTO), a Russian-led regional alliance.

Gulbuddin Hekmatyar, an anti-Soviet guerrilla and Hezb-e Islami leader, celebrated the fall of his former enemies in Afghanistan in 1992.

But soon after he plunged his country into a civil war as he joined fighting against other Afghan Islamist and ex-communist factions. He eventually became the prime minister in a deeply divided regime in 1993 but failed to establish control over the capital.

Yet Hekmatyar still celebrates sending people like Younas and thousands more of his supporters to fight for Azerbaijan after it requested help. In a speech to his supporters last week, he said that in response to an Azerbaijani request he told Afghan refugees in Iran to join the fighting in Nagorno-Karabakh.

“A sizeable number of our mujahedin went there and scored numerous victories,” he told supporters at a Kabul mosque. “They pushed back the Armenians within the initial days and captured many territories. Their advances continued until the Azerbaijani officials approached us ahead of impending talks that resulted in a cease-fire,” he said, referring to an armistice in May 1994 that ended nearly six years of fighting over Nagorno-Karabakh.

In Kabul, Younas has vivid memories of the fighting.

He crossed into neighboring Iran from Pakistan after Hezb-e Islami leaders ordered him to go to Azerbaijan. He said he joined a group of 300 Afghans on a special flight from the southeastern Iranian city of Zahedan to Baku in early 1994 from where they were soon deployed to the front lines.

“During one battle an Armenian tank column attacked us; our comrades attempted to target them with rockets,” he said of a battle in the last days of winter in 1994. “One rocket hit our comrade Bashir, who was killed instantly, but we continued fighting.”

Younas said that at the end of the battle they captured eight Armenian fighters. “We later exchanged them to free our comrades,” he said. Upon his return to Afghanistan in June, Younas was paid more than $1,500 for his participation in the fighting by his party, which confirms speculation that Afghan fighters were recruited as mercenaries by Azerbaijan.

Humayun Jarir, Hekmatyar’s son-in-law and a senior Hezb-e Islami leader, says nearly 70 Afghans among the estimated 5,000 fighters their party sent to Azerbaijan were killed in the fighting. He says Hezb-e Islami fighters ultimately contributed to forcing the Armenians to accept a cease-fire.

Beginning in late 1993, Armenian authorities protested the recruitment of Afghans by Azerbaijan. They had warned that the role of Muslim Afghan forces in Nagorno-Karabakh could turn the territorial conflict into a religious war between Muslim Azerbaijanis and the Christian Armenians.

Yerevan is upset by Kabul’s current diplomatic support for Baku in the latest round of hostilities, which have killed hundreds and led to charges by Armenian officials of Baku receiving material support from Turkey, who Yerevan says has also recruited Syrians to fight in Nagorno-Karabakh.

Late last month, the Afghan government called for an end to the fighting between the two countries but reiterated its support for Azerbaijan.

This prompted the Armenian parliament to call on the CSTO to move toward stripping Afghanistan of its observer status.

“In response to the statements supporting Turkish-Azerbaijani aggression by Afghanistan, the Republic of Armenia’s National Assembly has officially appealed to the CSTO parliamentary assembly secretary to start the process of depriving Afghanistan of its observer status,” Armenian parliament speaker Arat Miroyan said in a statement on October 2.

While suffering from a seemingly unending war for more than 40 years, Kabul has surprised many by adopting bold and controversial positions in faraway wars and territorial disputes.

In March 2104, Afghanistan joined Syria and Venezuela in backing Russia’s illegal annexation of Ukraine’s Crimean Peninsula. The United States and its European allies, major donors to Afghanistan, had opposed the move and termed it a “land grab” by Moscow. More than 100 countries voted against Russia’s takeover of Crimea in a UN General Assembly resolution.

30 thoughts on “As Kabul Backs Azerbaijan In Conflict With Armenia, Afghans Recall Fighting In Previous War”