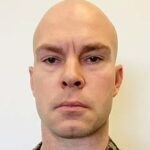 ISLAMABAD — Afghanistan’s ruling Taliban have sharply reacted to reports a U.S. military officer had forcibly taken a child away from an Afghan couple who arrived in the United States as refugees.

The couple filed a federal lawsuit against Marine Corps Attorney Major Joshua Mast and his wife last month, accusing them of allegedly abducting their baby girl, accusations Mast has denied. Mast argues that he and his wife are the child’s legal guardians.

The Taliban Foreign Ministry said Sunday it “considers this case as worrying, far from human dignity and an inhumane act, and will seriously pursue this issue with American authorities so that the said child is returned to her relatives.”

The baby, now 3-and-a-half years old, had been rescued in 2020, two years ago from the rubble of a U.S. military raid that killed her parents and five siblings.

She had gone to live with her cousin and his wife after spending months in a U.S. military hospital before they were flown to Washington by Mast along with tens of thousands of Afghans during the chaotic U.S.-led foreign troop withdrawal from Afghanistan last year.

Court records say Mast, an active-duty Marine officer, took the baby from the couple five days after they arrived in the U.S. The couple hasn’t seen the child since.

The marine and his wife had adopted the child in a Virginia court, according to court documents.

“After they took her, our tears never stop,” the Afghan woman, who asked to remain anonymous, told The Associated Press. “Right now, we are just dead bodies. Our hearts are broken. We have no plans for a future without her. Food has no taste, and sleep gives us no rest,” she added.

The Taliban Foreign Ministry renewed its criticism of mass evacuation of Afghans, saying they were “inappropriately” taken out of the country by the United States and its allies. It went on to allege that many of the evacuees “are now kept in various camps in a state of legal limbo and deprived of basic human rights.”

The statement urged the host countries to safeguard the human and legal rights of Afghan refugees in line with international laws and through consular services.

The Taliban seized control of Afghanistan in August 2021 when the U.S.-backed government in Kabul collapsed, and foreign forces withdrew after nearly 20 years of war with the then-Islamist insurgency.

The Taliban takeover prompted a chaotic evacuation by the United States and other Western allies of Afghans who feared retribution for siding with the international forces against the insurgency. The U.S. alone airlifted more than 120,000 people to safety.

Many of the evacuees were flown to third countries to be processed for resettlement in the U.S. but they have yet to be resettled and reportedly face housing issues as well challenges in sending their children back to school.

No country has yet formally recognized the Taliban government’s legitimacy, citing terrorism and concerns over human rights, particularly those of Afghan women and girls.

The radical group has placed restrictions on women, undermining their access to education and work. While public and private universities across Afghanistan are open to females, teenage girls are banned from attending secondary schools from grades seven to 12.

Thomas West, the U.S. special envoy for Afghanistan, told VOA last week that his delegation held a fresh round of talks with the Taliban earlier this month in Qatar and renewed Washington’s concerns over human rights issues.

“I think both sides brought a constructive attitude to those talks. I think we are on our way to rebuilding trust,” West noted.

“I made very clear that it is my view that nothing would improve the Taliban standing domestically in Afghanistan or internationally more than were they to allow over a million girls who are currently denied secondary education, the fundamental right they have to pursue those studies, and also for women to work,” the U.S. envoy stressed.

The Taliban defend their rules for women, saying they are in line with Islamic injunctions and Afghan culture. They say arrangements are being made to enable secondary school girls to return to classes but insist their government will not do so under international pressure.

Some information in this report was provided by The Associated Press.