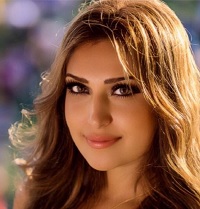 Afghan singer Mozhdah Jamalzadah will be attending a screening for the movie “Salam Neighbor” in Palm Springs, California on Monday, February 1st. The event is scheduled from 6:30 pm to 8:12 pm at the Regal Palm Springs Stadium 9. Jamalzadah will be available during a Q&A session that will be hosted by the magazine Init Weekly. “Salam Neighbor” is a documentary about Syrian refugees living Jordan’s Za’atari refugee camp. It was directed by Chris Temple and Zach Ingrasci. The filmmakers were registered by the United Nations and given a tent inside of the refugee camp. In January, Jamalzadah was in Washington D.C to begin the fundraising process for the proposed new football stadium in Afghanistan, Victory Stadium.

2 thoughts on “Mozhdah to attend screening of movie about refugees”