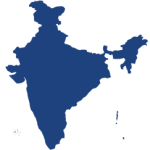 Iran’s security chief says the United States and its coalition allies must be held accountable for the myriad of crises Afghanistan is facing today, adding the “least responsibility” they bear is to compensate for all the damage they have inflicted on the Afghan people over the past two decades.

Secretary of Iran’s Supreme National Security Council (SNSC) Ali Shamkhani made the remarks at the third edition of the Delhi Regional Security Dialogue on Afghanistan, a meeting of national security advisers from regional countries, which kicked off in the Indian capital earlier on Wednesday.

“Twenty years ago, the United States occupied Afghanistan under the pretext of confronting the Taliban and al-Qaeda, claiming to be fighting terrorism and preaching that ‘I want to turn Afghanistan into a role model and a source of inspiration,” he said.

However, instead of acting on such a claim, it made the situation in Afghanistan even worse, he said. “Terrorism, poverty and misery, as well as drug cultivation and trafficking and migration, increased while a large number of innocent people in Afghanistan were massacred by American fighter jets at weddings and mourning ceremonies for vague reasons. The state- and nation-building claimed by the United States ground to a halt.”

Shamkhani said the US turned out to be a failure even in its “most basic role, i.e. the establishment of the army and security system,” which quickly collapsed after Washington and its allies left Afghanistan and the Taliban group took over.

Having faced a “humiliating defeat,” the United States was forced to escape from Afghanistan, after inflicting huge damage on the country, most significantly the carnage of thousands of innocent men, women, and children, Shamkhani added.

He said the US eventually “became a lesson to all those who seek their survival in resorting to fake powers like the United States instead of relying on their own resources.”

The Iranian official said the Americans “acted deceitfully” even in the issue of peace in Afghanistan and had no plans to promote peace in the country contrary to its claims. Washington, he added, was only after finding a way out of the crisis of its own making and chose to cause trouble for the region and the entire world due to its “hegemonic nature and superiority complex.”

“That is why the Islamic Republic of Iran did not take part in any so-called peace or dialogue format or process that the United States would create” during the occupation period, Shamkhani said.

On the contrary, he said, Iran “tried, through cooperation with internal and external players in Afghanistan, to move toward plans which would truly serve the interests of our oppressed brothers and sisters in Afghanistan and those of the neighbors and the entire region, as well as [plans] that would establish broad-based, lasting peace and stability in Afghanistan that would meet the common interests of us all.”
Shamkhani also stressed the need for the United Nations to play a role in the consultations and efforts to assist the Afghan people.

“Today, Afghanistan is left with a pile of problems and we are all duty-bound to drive the country to safety,” the top security official said.

“The focus should now be for the United States and its partners in the 20-year-long occupation of Afghanistan to accept responsibility. Compensating for the losses of life and material damage inflicted to the people of Afghanistan is the least responsibility of the occupiers.
He said everyone knows, however, that a great portion of the damage was “irreparable,” adding, “Is it possible to compensate for the lost lives or the damage inflicted to the human body and soul, or to restore the lost time to build a nation and a country? On the contrary, we see that the United States, in a hostile and arrogant act, has banned the Afghan people’s access to their small assets,” referring to the sanctions the US imposed on the country after its exit.

Shamkahni also pointed to the threats posed by the growth of Daesh and other Takfiri terrorist groups in Afghanistan to the country’s neighbors and those states in the region that have no common borders with it.

He further highlighted three issues of concern in Afghanistan that should be resolved through regional cooperation, namely the involvement of some countries in transferring Takfiri terrorists to Afghanistan, the spread of poverty and humanitarian crisis, and the migration crisis.

Shamkhani on duties of regional states

He enumerated the “important duties” that Afghanistan’s neighbors need to fulfill in the process to help settle the crises unfolding in the South Asian state, including efforts “to hold to account the countries behind the current situation in Afghanistan,” “establish an inclusive government comprised of all ethnicities” there, and tackle the humanitarian crisis gripping the war-torn country.

“The Islamic Republic of Iran declares its readiness to offer all the facilities at its disposal, such as roads and ports, to help resolve this [humanitarian] crisis,” the top security official said.

Shamkhani said regional countries should also “exert pressure on the United States to unblock the financial resources of the oppressed Afghan nation so it can benefit from its own resources and facilities.”

Furthermore, he added, the participants in the summit should work to confront Daesh and Takfiri terrorists operating in Afghanistan, identify the channels through which they are financed, and cut those lines.

The neighbors should likewise address the migration crisis and help the countries hosting Afghan refugees, according to him.

Shamkhani elaborated on the case of Iran and said the country had been hosting over three million Afghan migrants and paying around 96 percent of the costs on its own, while international institutions had only provided for four percent only.

He warned that Iran “we will not be able to host a new influx [of refugees] due to the unjust sanctions imposed against our people. In case other countries and relevant international institutions fail to offer assistance with this issue, we won’t be able to manage [the situation] and the Western states, like it or not, will be affected.”

The Iranian official called for broadening the topics on the agenda of the Afghanistan summits and proposed the formation of a permanent secretariat aimed at following up on the resolutions adopted at the events.

He said Tehran could host the proposed secretariat.

Addressing the meeting, India’s National Security Adviser Ajit Dova expressed hope that the summit will be productive and help bolster “our collective security” in the region.

“This is a time for close consultations amongst us,” he said. “I am confident that our deliberations will be productive, useful and will contribute to help the people in Afghanistan and enhance our collective security,” he added.

India’s security chief said that the recent developments in Afghanistan have important implications, not only for the conflict-ravaged country but also for its neighbors and the entire region.

China did not attend the forum citing “scheduling reasons,” while Pakistan decided to skip it, too.

The first two editions of the event were held in Iran in September 2018 and December 2019.

Initiated by Iran, the third gathering of the Regional Security Dialogue, which had been postponed due to the COVID-19 pandemic, is held two months after the Taliban took control of Kabul.