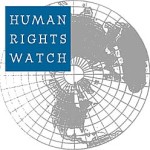 Human Rights Watch (HRW) is calling on United Nations agencies and governments to increase their support for Afghans at risk who are seeking to flee their homeland or have already fled and are now in countries neighboring Afghanistan, transit countries, and countries of resettlement.

“These include those eligible for family reunification visas or special visas available because of their past work in Afghanistan,” it added.

Since the Taliban seized control of most of Afghanistan in August, many Afghans are at grave risk of reprisal by the hard-line Islamist group, including human rights defenders, women’s rights activists, media workers, judges, and others who previously held official administrative and security positions.

These Afghans “are depending on governments to respect the right to seek asylum,” Bill Frelick, refugee and migrant rights director at HRW, said in a statement.

“Responding effectively to this humanitarian crisis demands refugee and migration policies that are generous, rights-respecting, and culturally sensitive.”

The human rights group based in London described how neighboring countries have “closed their borders to Afghans without travel documents, leaving many with no choice but to make irregular crossings.”

Countries across Europe and Central Asia have subjected Afghans to pushbacks, detention, and deportation instead of granting them protection, it also said.

HRW said countries should establish “an orderly departure program” for Afghans seeking to flee, open their borders to asylum seekers, and suspend deportations or returns of Afghans indefinitely.

Governments should also review asylum cases of Afghan asylum seekers that have previously been rejected.

HRW noted that Afghans seeking to flee now have fewer options to depart their country after Pakistan’s national carrier canceled flights between Kabul and Islamabad. However, the private Afghan carrier Kam Airways and Qatar Airways continue to operate limited flights out of Afghanistan.

Governments should also pressure the Taliban-led administration to allow Afghans to exercise their right to leave Afghanistan, according to the group, which cited refugees as saying they had been “harassed, beaten, and extorted by Taliban officials” as they attempted to leave the war-torn country.

HRW also documented abuses against people associated with the former government, including former security forces personnel and members of the judiciary.

“Afghans have many reasons to flee and fear,” Frelick said, adding: “It’s now in the hands of governments around the world to give them reason to hope.”