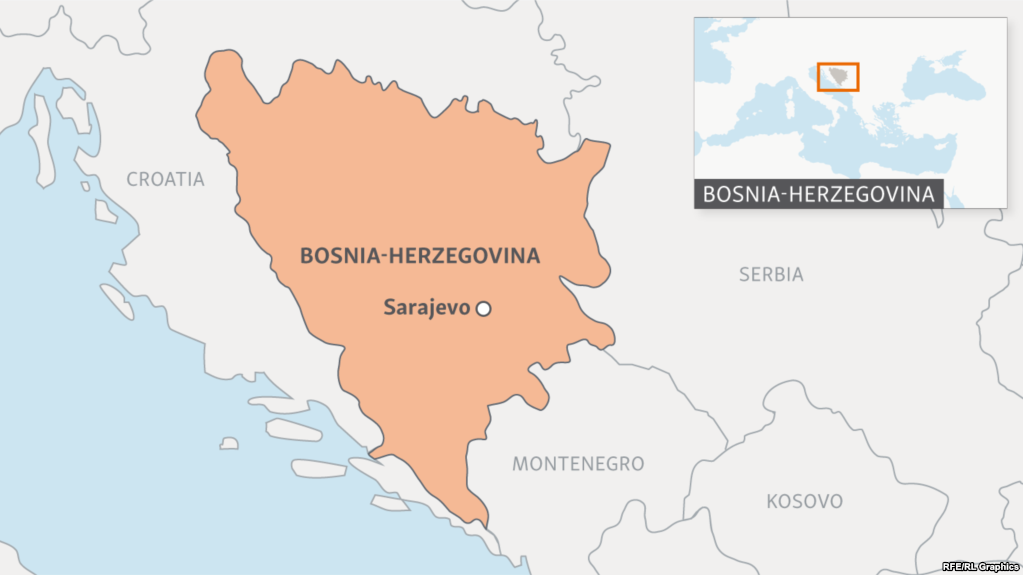 Six Afghan migrants suspected of links to terrorism and human trafficking have been detained in Bosnia-Herzegovina this year, the country’s service for foreign affairs said.

The six are among more than 25,000 migrants and refugees mostly from Pakistan, Afghanistan, Iraq, and Iran who have entered Bosnia since 2018 after Hungary and Serbia closed their borders.

Five of the migrants are suspected of links to terrorism and the sixth of human trafficking and organized crime, the agency said.

The agency said in a February 19 statement that the six represent “a threat to public order and security” and will be expelled from the country.

The suspects, aged 22-34, were found in the capital, Sarajevo, and the northwestern town of Bihac.

More than 5,000 migrants have been stuck in Bosnia as they attempt to cross the border into Croatia before travelling further west.

Based on reporting by Reuters and AP