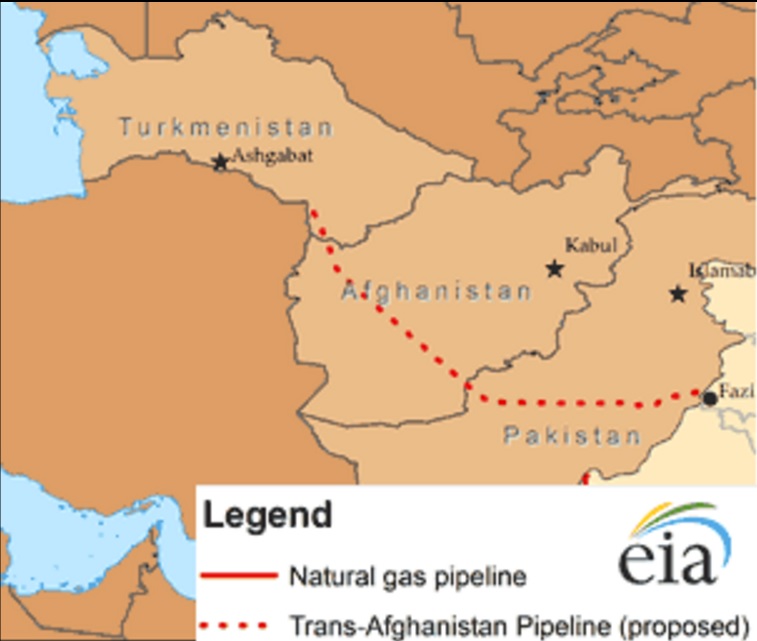 A map of the proposed route of TAPI by the U.S. Energy Information Administration (image from Wikipedia)

A 21 gun salute was given as the visiting President alighted from his plane.

During the visit, he will hold talks with Prime Minister Nawaz Sharif and President Mamnoon Hussain on issues pertaining to bilateral relations and cooperation in diverse fields.

They will also discuss regional and international matters of mutual interests.

A business forum comprising Turkmen and Pakistani businessmen will also be organized on the sidelines of the visit.

The ground breaking of the 1814 km long pipeline was performed during Prime Minister Nawaz Sharif’s visit to Ashgabat in December last year.

The leadership will also exchange views on the measures for early implementation of the MoU signed in December last year during the visit of the Prime Minister to Turkmenistan for import of electricity from Turkmenistan.