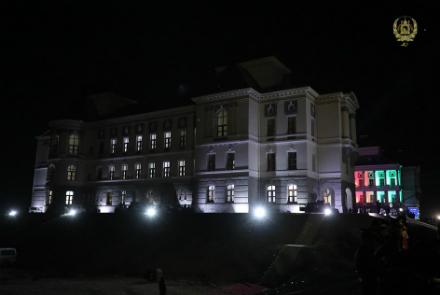 Tolo News: President Ashraf Ghani at a ceremony on Wednesday evening inaugurated Darulaman Palace after its renovation which took almost four years. A big number of government officials, activists, politicians and members of the public attended the inauguration ceremony. The renovation of the palace began on May 2016 and was estimated $16.5 million funded by government’s budget. The palace was built in the early 1920s during King Amanullah’s reign. Click here to read more (external link).

25 thoughts on “Ghani Inaugurates Darulaman Palace After Its Renovation”