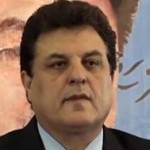 Tolo News: Presidential candidate Abdul Latif Pedram on Thursday appeared at his first election camping rally in Kabul where he stressed the need for establishing a federal government in the country which he believes will ensure an equal right to all citizens of Afghanistan. Mr. Pedram said the National Unity Government’s tenure has ended, calling it a regime. “Our stance is clear. We don’t recognize the National Unity Government,” he said. Click here to read more (external link).