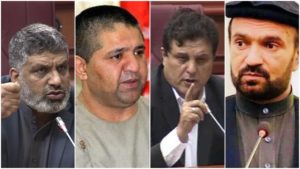 Ariana: As the Independent Election Commission (IEC) is gradually announcing the result of Afghan parliamentary elections, the preliminary results show that, in a surprise move, most of the government critics have not won a seat. So far the names of MP Zahir Qadir from eastern Nangarhar province, MP Hamayun Hamayun from Khost province, MP Abdul Latif Pedram from northern Badakhshan province and MP Muhammad Naeem Lali Hamidzai from southern Kandahar province are not among the winners. Click here to read more (external link).