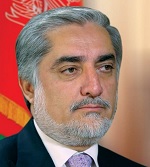 Tolo News: Abdullah, referring to the war in Panjshir, wrote on his Facebook page that imposing demands on people by force will not have positive results and will lead to the continuation of conflict and suffering. Mohaqiq, condemning the attack on Panjshir, wrote on his Facebook page that Panjshir did not deserve such a large-scale and cruel offensive. Mohaqiq also warned against “foreign intervention.” Nabil has also said the current situation is not acceptable to the people of Afghanistan. He sharply criticized what he has called Pakistan’s intervention in Afghanistan. Click here to read more (external link).