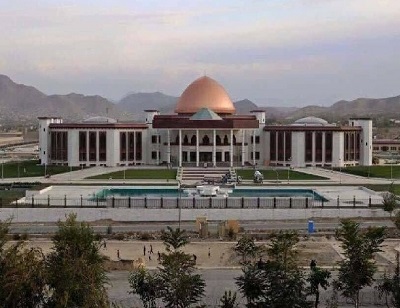 The two slots play a central role in tackling the growing Taliban insurgency and combating endemic corruption in Afghan institutions.

Jahed was appointed as acting interior minister in February after the resignation of his predecessor, Noor-ul-Haq Olomi, in the face of heavy criticism over worsening national security.

President Ashraf Ghani’s unity government has been heavily criticized for its inability to fill key posts due to political infighting. The Defense Ministry and the intelligence agency are among the institutions being run by caretakers.

The United States has spent some $68 billion to build and train the Afghan army as well as the police force. But the reconstruction effort is in a “perilous state,” according to U.S. Special Inspector General for Afghanistan Reconstruction John Sopko.

“Afghanistan has had the lead responsibility for its own security for more than a year now, and is struggling with a four-season insurgency, high attrition, and capability challenges,” said Sopko while delivering a speech at Harvard University Thursday.

He has also described corruption in Afghanistan as “an existential threat” to U.S. reconstruction efforts.

“Corruption undermined the legitimacy and viability of the Afghan state, fueled grievances that strengthened the growing insurgency, and sapped resources from the reconstruction effort,” noted Sopko.